The last one year has seen quite a few Indian stalwarts bid adieu to international cricket. With young blood walking in and different permutations and combinations tried out, fluctuations in result were not entirely unexpected. But what was a hard pill to swallow was that the team became vulnerable in its own backyard. 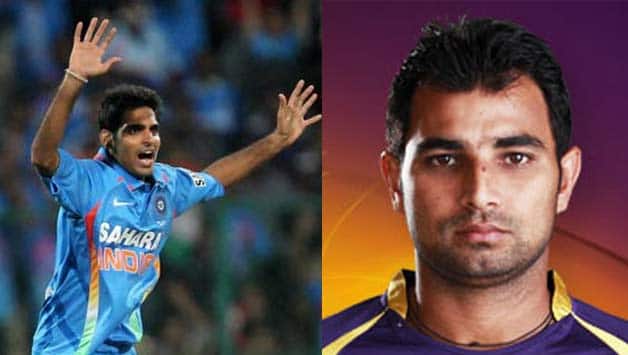 The last one year has seen quite a few Indian stalwarts bid adieu to international cricket. With young blood walking in and different permutations and combinations tried out, fluctuations in result were not entirely unexpected. But what was a hard pill to swallow was that the team became vulnerable in its own backyard.

Finding suitable replacements in both departments of the game was never going to be straightforward. Nevertheless, talent was unearthed and roped in. However, persisting with jaded and non-performing senior players seems to have taken its toll on India, and the side’s graph over the last few months provides ample evidence of that fact.

Fresh from defeat to Pakistan, a shakeup of the squad was expected for the One-Day International (ODI) series against England. With the openers repeatedly fumbling and the middle-order not living up to expectations, quite a few players were hanging on to their spots by a thin thread. Yet, Virender Sehwag was the lone under-performer to be discarded. With 248 runs in the last 11 innings, at an average of sub 23, the axe was going to fall sooner than later. The presence of able contenders for his position, waiting on the fringes for a considerable amount of time now, was always going to be a factor as well.

Selectors should take a cue from their own approach

A few weeks ago, Zaheer Khan was shown the door by the selectors after a string of poor performances. Umesh Yadav was expected to lead the charge in his absence, but like Varun Aaron, Yadav too was sidelined by a lower-back injury. The lack of seaming options forced the head honchos to look at hungry and performing youngsters in the domestic circuit. In came Bhuvaneshwar Kumar and Shami Ahmed. And the duo bowled India to a remarkable victory in a high-voltage clash against Pakistan in the final ODI at Delhi.

Both Bhuvaneshwar and Shami were playing their first international series for Team India, yet, they bowled their hearts out in a quest to defend India’s modest total of 167. They kept their nerves in an ambience that could easily have sent shudders down the spine of many an established player, and were instrumental in delivering a ten-run victory. Another important fact to be considered is that the series was already lost prior to the third ODI, and the duo could have easily been forgiven for non-performance, especially when the rest of the experienced line-up had faltered in a big way. However, right from the outset, it appeared as though they were hungry to grab the only opportunity they’d been presented with.

Shami’s outstanding run in the ongoing Ranji Trophy deserved a call up to the national side. With 28 wickets in five games at an average of 21.35, he showed what he was capable of. The selectors made the right call in roping in him, and now it’s imperative that they give him a long run at the top.

The Krishnamachari Srikkanth-led selection committee had turned to Harbhajan Singh a few months ago when the Indian bowling department had hit a roadblock. The move was surprising, especially since the off-spinner had done little to prove during his time out that he was worthy of a recall. In the end, it turned out to be futile. It’s a good sign that the current group of selectors have decided to look forward than to call upon a non-performing senior, and it could augur well if they continue to operate that way.

Sehwag, Gautam Gambhir and Rohit Sharma were treading on eggshells. While one got the axe, the two have few more ODIs to make amends. But, it’s important that the selectors throw their weight behind in-form and hungry youngsters and blood them in place of jaded seniors scripting below-par performances. Young entrants, filled with zeal to perform, like Shami and Bhuvaneshwar, could provide India with a ray of hope. Agreed, it’d be too naïve to hail them as messiahs just yet, but the difference in their body language and the kind of impact it had on the outcome of the game was there for everyone to see. The side needs more such players, and it’s now up to Sandeep Patil and his entourage to do the needful.