The famous Lyttelton family took on the Bromsgrove Grammar School and beat them by 10 wickets. Arunabha Sengupta looks back at one of the greatest triumphs of a family side.

August 26, 1867. The famous Lyttelton family took on the Bromsgrove Grammar School and beat them by 10 wickets. Arunabha Sengupta looks back at one of the greatest triumphs of a family side.

The man who eventually became the greatest cricketer of the family, Alfred Lyttelton, was just 10 at that time and did not play the game. The next best, Edward, did play, but he was just 12 and got a duck in the first innings.

However, the Lytteltons were an incredible family in terms of cricketing talent.

That day at Hagley, Lord Lieutenant George Lyttelton led his family against Bromsgrove Grammar School. His team was represented, other than his own self, by brothers WH and Spencer, and his eight sons, Charles George, AV, Neville George, George William Spencer, Arthur Temple, Robert Henry at which point they ran out of their stock of middle names H, E and a different Alfred.

Young Alfred, later a star batsman and wicketkeeper for England and the first bowler to claim a wicket with underarm lobs in Test cricket, sat out. Well, his cricketing credentials went on to form only a part of his accomplishments. He also represented the country in football. Later, he became a Cabinet Minister and Secretary of State for the Colonies.

Yet, even as Alfred sat out, George William Spencer and Charles George claimed 3 wickets each, Neville George took 2 and the opponents were dismissed for 150 in their first innings.

In response, Captain Lord Lieutenant got a duck while opening the innings. However, AV scored 46, George William Spencer followed up his success with the ball with a fluent 51. The Eleven Lytteltons obtained a 41-run lead.

There remained just 11 to win. AV and Edward, the 12-year-old promoted to open the innings this time, hit the winning runs to ensure victory by 10 wickets.

And young Alfred, the 10-year-old who sat out, went on to play 101 First-Class matches, scoring 4,429 runs at 27.85, taking 134 catches and effecting 70 stumpings. He played 4 Tests for England, scoring 94 runs and picking up 4 wickets in his one go with the ball (coming on as the tenth bowler of the innings), pads on and tossing up lobs.

And then, there was the cohort of cricketers they acquired through matrimonial alliances… 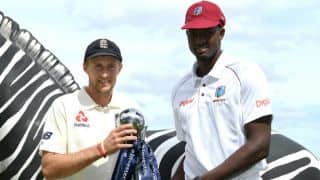 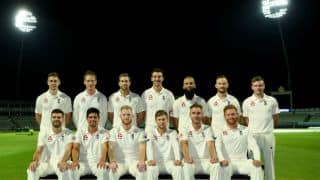