Nasser Hussain called Dravid’s hundred one of the finest he had seen.

In this 16 part series, Arunabha Sengupta captures one special moment from each of the 16 previous Indian tours to England. In the 14h episode he looks back at Rahul Dravid’s sublime 148 at Headingley in 2002 that set the platform for a glorious assault and ended in a memorable victory.

The clouds at Headingley summed up the circumstances through which Indian cricket was passing. The immediate past and the murky present looked bleak and ominous. They had been thrashed in the first Test at Lord’s in 2002, and had just about escaped defeat at Nottingham by batting out of their skins. Additionally, there were disputes over contracts and brushes with authorities.

The skies at Leeds threatened, the heavy atmosphere spoke of perils at the crease. Yet, the Indians were bold enough to take first strike, and the act of daring etched a brilliant silver lining around the murky clouds that hovered above the cricketing plane.

Virender Sehwag gloved to slip in the seventh over, and in walked Rahul Dravid. Thus started a knock that would have delighted the cockles of the sternest of Yorkshire hearts – of Len Hutton, Herbert Sutcliffe and even Geoffrey Boycott.

The ball moved about alarmingly, darting away from outside the off, occasionally moving back in. And Dravid refused to play at anything that did not come within whispering distance of the stumps. Matthew Hoggard, Alex Tudor, Andrew Flintoff and a returning Andy Caddick ran in over after over, and Dravid stood there, immovable and towering like the Peace Monument in the city of Leeds. Balls rose up and hit him on the shoulder, on the chest and even on the helmet, but he batted on, using the willow only to ward off designs on his woodwork.

At the other end was Sanjay Bangar, whose honest efforts reaped the loftiest rewards on that overcast morning and afternoon. He played straight, and even less at the balls that could be left alone. It was hardly cricket meant for excitement for the masses, but the connoisseurs would happily wrap some of the actions and take it home.

The pair remained together till well after tea, and when Bangar edged Flintoff for a near five-hour marathon amounting to 68 most valuable runs of his career, much of the evil omens of the air and wicket had been neutralised. The pace attack had been blunted, and the Indian duo of Anil Kumble and Harbhajan Singh smiled in their distinctive ways, licking their lips at the thought of the wicket would be theirs to exploit when England batted last.

Nasser Hussain called Dravid’s hundred one of the finest he had seen. It was notched up in exactly five hours and included 14 boundaries of the highest class. He departed after having seen off the dangers of the morning on the second day. And it was left to Sachin Tendulkar to build on the platform and complete a magnificent monument, and then it was captain Sourav Ganguly who lent the merciless final touches of flourish and flamboyance. Tendulkar and Ganguly added 249 at nearly a run a minute, and during the course of his 193, the greatest batsman of India went past Don Bradman’s tally of 29 hundreds.

Michael Vaughan, classy and indomitable throughout the summer, fresh from 100 at Lord’s and 197 at Nottingham, played another fine innings. However, he drove once too often, and an Ajit Agarkar delivery moved just about enough to take the edge and carry to the slips. Alec Stewart, slipping his hands into the smaller gloves after keeping two long days, fought admirably. But the wily Indian spinners seized the opportunity to shut some mouths that wagged too often about their performances overseas. Kumble and Harbhajan pegged away at the wickets. The hosts finished the third day nine down, 264 behind, follow-on looming ahead.

They added just nine the following morning before walking in for their second innings. Hussain and Stewart raised hopes of an unlikely rescue by the end of the fourth day. HoweverKumble removed the rather reckless England captain soon after the latter had completed his hundred. And then with some help from the rest of the bowlers, the great Indian leggie went through the rest of the innings. In the unlikeliest of venues, India won by an innings and 46 runs. 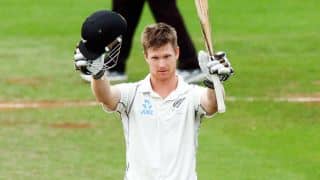 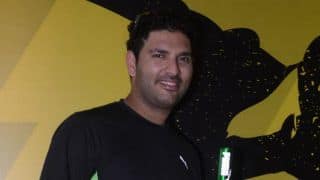