Jayawardene has at the most four more Test matches to play.

Mahela Jayawardene announced that he will retire from Test cricket after the series against Pakistan. He can play a maximum of four more Test matches.  Bharath Seervi lists some of the records and milestones which Jayawardene can aim for in his last four Tests.

Sri Lankan batsman Mahela Jayawardene has announced his retirement from the longer format of the game after the Pakistan series at home. The 37-year old classical batsman had retired from Twenty20 Internationals (T20Is) after Sri Lanka’s World T20 victory in Bangladesh.

Sri Lanka is playing two Test matches against South Africa and will play two more against Pakistan in August. Hence, Jayawardene has at the most four Test matches to play. The Lankan batting legend has many records to his name, and can add a few more in these four Tests before hanging up his boots.

Here are some of the milestones Jayawardene that are within his striking range:

2.    He requires three more catches to become the third player after Rahul Dravid and Jacques Kallis to take 200 catches in Test cricket as a fielder.

6.    He needs one more century to become the third batsman to score 30 or more Test centuries batting at No 4.

9.    He needs four more scores of 50 and above to become the batsman with most number of 50-plus scores in Tests in Asia.

10.  He has a partnership aggregate of 23,633 runs in his Test career. If he can be involved in partnerships worth another 337 runs, he will be the seventh batsman to have been involved in 24,000 partnership runs in Test cricket.

11.  He can become the second Sri Lankan after Marvan Atapattu to score a century in his last match. 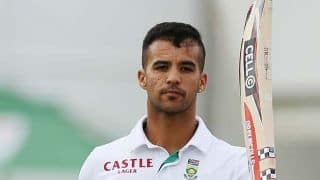