Unlike Sangakkara, Jayawardene hasn’t been all that prolific in recent years.

Mahela Jayawardene’s retirement from Test cricket had an air of inevitability as the Sri Lankan legend focuses on the 2015 World Cup. Though he has found form in Test cricket in recent times, it makes sense to give up the white flannels and focus on the big prize next year. Nishad Pai Vaidya writes about Jayawardene’s decision.

There was an air of inevitability when Mahela Jayawardene announced his decision to retire from Test cricket after the home series’ against Pakistan and South Africa. With the whole focus on the 2015 World Cup, the Sri Lankan trinity of Jayawardene, Kumar Sangakkara, and Tillakaratne Dilshan had cast their eyes on that event; planning all their assignments around it. Last year, Dilshan quit Test cricket. Jayawardene and Sangakkara then called it a day from Twenty20 Internationals (T20Is) after the World T20 triumph in Bangladesh. A surprise seemed to be in the offing for Sri Lankan cricket.

Jayawardene has had a very mixed time in 2014. In Test cricket, he has tasted success and has been consistent. However, he hasn’t managed to get going in the shorter formats. Apart from the 80-odd against England during the ICC World T20 2014, Jayawardene did not have a huge impact on Sri Lanka’s campaign. In One-Day Internationals (ODIs), he averages 21.53. He did manage a few good scores in crucial encounters, in the Asia Cup final 2014 and in England. Unlike his friend and compatriot Sangakkara, Jayawardene hasn’t been all that prolific in recent years.

Earlier this year, Sangakkara admitted that while he would quit ODIs after the 2015 World Cup, he may continue in the longest format. Sri Lanka need him in Test cricket now more than ever, as the other two stalwarts won’t be around after the home season. Plus, his numbers are compelling. Leading up to 2014, his averages over the last four years read as follows: 99.28, 49.23, 51.13 and 85.33. In comparison, Jayawardene has had a tough time as he has averaged: 50.87, 24.61, 35.00 and 34.25. It is only this year that Jayawardene found his magic in the format and is averaging over 70.

Thus, it is perhaps the best time for Jayawardene to quit. Numbers suggest that his form hasn’t been up to the mark in recent years. Now that he has found his touch in Test cricket again, he would want to retire on a high after a good home series against two quality sides. The fans at home would want one final glimpse of their great batsman in the white flannels. At home, his average is almost Bradmanesque and here is an opportunity to bid good bye on a high.

Jayawardene may average only 21.53 in ODIs this year, but he has made a couple of crucial contributions. However, a player of his quality certainly needs to lift his game as this side builds for the big event in Australia. His form here too hasn’t been good over the last few years. In 2012, he averaged only 31.40 and in 2013 his number read 32.76. Though his career average is 32.90, he had a terrific run in 2010 and 2011 where he averaged over 40. That is the kind of consistency Sri Lanka need from Jayawardene.

In crucial matches, Jayawardene is their main man. No one would forget his amazing ton in the 2011 World Cup final. It was a chance-less innings that absorbed the pressure and gave his side a chance of victory. That is why, he remains crucial to their one-day plans. Now that he would focus solely on one format, Jayawardene can put in all his energy and focus on the big prize next year. India vs England 2nd Test at Lord’s: Ravichandran Ashwin or Ravindra Jadeja — who is the better option? 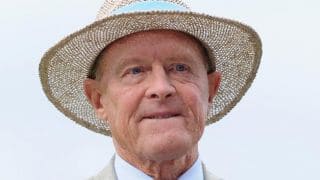