For a young man with an awkward technique, Mahendra Singh Dhoni s ascent seems almost fictional. It has been a heartening story of a man who has been defying the odds to make a mark on the world s biggest stage. Nishad Pai Vaidya unravels the aura of Dhoni s story on the latter s 31st birthday today. 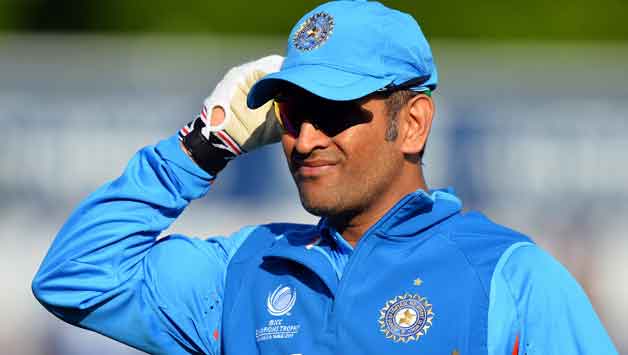 MS Dhoni’s rise seems almost fictional, but it is an inspiration for millions of Indians © AFP

For a young man with an awkward technique, Mahendra Singh Dhoni’s ascent seems almost fictional. It has been a heartening story of a man who has been defying the odds to make a mark on the world’s biggest stage. Nishad Pai Vaidya unravels the aura of Dhoni’s story on the latter’s 31st birthday today.

Our story starts on July 7, 1981 when a leader was born – who would lead India to grandeur at the highest level.  A young boy coming from a small town – not known for its cricketing history – walking into the international arena and conquering the pinnacle of the sport is undoubtedly a fairytale. Mahendra Singh Dhoni’s story is of struggle and triumph against all odds – one that has captured the imagination of a cricket crazy country. As he turns 31 on Saturday, let us look back at an eventful journey, during which Indian cricket touched dizzying heights and realised a number of dreams.

Dhoni’s entry into the international arena had a very rustic charm to it. A young man with long locks and an idiosyncratic technique entered the platform with a unique approach to the game. If Sachin Tendulkar symbolises the Indian dream, Dhoni’s story is an account of the resolve of young Indians coming from smaller cities with a spirited verve to achieve their dreams.

Not many would have given him a chance to succeed in the long run, but a few years down the line he has smashed all those preconceived notions. In his fifth One-Day International (ODI), he smashed the arch-rivals Pakistan during a whirlwind knock of 148. Such was the power of that knock that the then coach, John Wright wrote in his book Indian Summers, “Rather than knock politely on the door of international cricket, he booted it off its hinges. He made (Virender) Sehwag look slow, which had never happened before.”

Throughout the early 2000s, India tried numerous wicket-keepers, but failed to zero in on a regular option. In that scenario, the untiring Rahul Dravid had to don the gloves in ODIs to provide the team with the right balance. When Dhoni debuted during the tour to Bangladesh in late 2004, people may have felt that here was another stop-gap option who would disappear after a few games. However, the brilliant knock against Pakistan made people take notice of him and label him as a serious contender in the long run.

Dhoni became the star “Dhoni” after the 183 not out against Sri Lanka at Jaipur. Walking in at the dismissal of the iconic Tendulkar, Dhoni demolished the Lankan attack with some astonishing stroke-play. Even the two Sri Lankan greats, Chaminda Vaas and Muttiah Muralitharan, weren’t spared from the carnage as he fearlessly took the attack to the opposition. It was almost symbolic of what was to come as Dhoni became an icon second only to the great Tendulkar. The whole aura surrounding his cool attitude and the beauty of his story tugged the hearts of the masses.

Even when Dhoni was relatively young in the team, one couldn’t brand him a youngster as he seemed to have gelled well into the setup well. He may not be the most vocal keepers going around, but was active right since his early days; be it encouraging the bowlers between deliveries or adjusting the fields. With his body language, he inspired confidence and that played a major factor in his early ascendancy to the leadership.

Despite having a very awkward technique, Dhoni has shown the ability to make adjustments and grit it out in the middle. His recent batting performances in Tests overseas may not inspire a lot of confidence, but there was a time when he had showed remarkable resolve. For a player who is naturally aggressive, it isn’t easy to mellow down and take responsibility. The unbeaten 76 at Lord’s in 2007 is a pertinent example as it was due to his efforts that India managed to save the Test from a position where defeat looked the only possible conclusion.

When one tracks the progress of his ODI career, one would see that his strike-rate has dropped since he took over the mantle in 2007. However, the responsible Dhoni has been a consistent match-winner when compared to the dasher who promised to thrill every minute. His sound temperament has helped him shield his natural instincts and change his game to suit the team and his role. That has been the biggest difference between him and others who were considered as candidates for the India captaincy.

The triumph at the ICC World T20 2007 was about a youthful captain leading a young team to world glory in the new format. The fearlessness he showed with the bat transcended into leadership. Giving the ball to the unfancied Joginder Sharma to bowl the decisive over in the final against Pakistan is moment that would be etched in memory forever.

Four years down the line, Dhoni was leading a matured unit – one that aimed world domination. Tendulkar, the man who dreamt of winning the World Cup for 21 years tasted the highest honours under the inspiring leadership of Dhoni. In the big final, the out-of form Dhoni promoted himself during a tough run-chase ahead of the Player of the Tournament Yuvraj Singh. Sealing victory with a huge six, Dhoni had done what he has been doing all his life – defying the odds.

But, all fairytales aren’t scripted for constant happiness. It has been a bumpy ride for Dhoni and his team after high of the World Cup. A promising record as Test captain has been marred by seven consecutive defeats overseas (Sehwag led India during the eight). The ignominy of the dubious record has prompted questions about his Test credentials and whether he should continue in the format. Nevertheless, the cool head on his shoulder would be unperturbed by the criticisms, but concerned with the performances.

People have often said that Dhoni is the chosen one and that luck favours him. But, as Arunabha Sengupta pointed out in his article titled, “A scientific look at Mahendra Singh Dhoni’s luck factor”, that the perception may be due to “cognitive dissonance of a horde of fans who could not deal with MS Dhoni reaching peaks that some others did not.” With only luck by your side, you cannot win two World Cups and reach the pinnacle of the Test rankings. You need something more. It is an attitude to challenge accepted norms and the promise to defy them.

Dhoni is moving into a stage which would determine the legacy he leaves behind. The memories of the two World Cups would remain for posterity, but a revival in Tests would do well to build a greater aura. Considering his tendency to challenge the near impossible, it would be a mistake to count him out. Write him off at your own peril.

Sehwag vs Dhoni: Another unfortunate chapter that could have been avoided 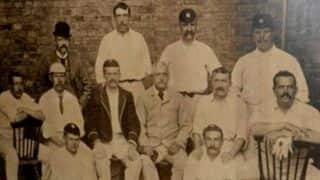