As I write, New Zealand have given England a rude wake-up call at Dunedin, bowling them out cheaply and piling on runs and more runs. While it looks as though England might get out of jail in the second innings, the so-called Ashes warm-up already seems to have got a bit too hit for comfort. It’s a match that’s instructive for Team India as they sit pretty on a 2-0 lead in the ongoing Border-Gavaskar Trophy. 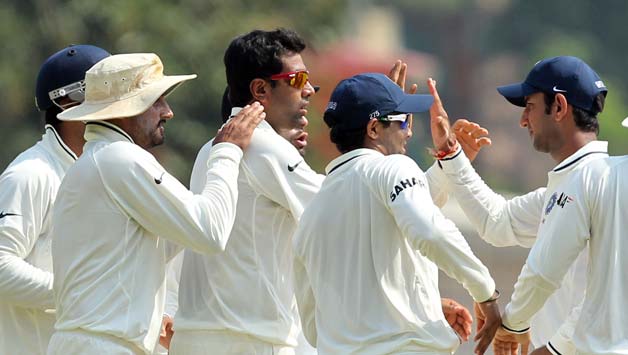 As I write, New Zealand have given England a rude wake-up call at Dunedin, bowling them out cheaply and piling on runs and more runs. While it looks as though England might get out of jail in the second innings, the so-called Ashes warm-up already seems to have got a bit too hit for comfort. It’s a match that’s instructive for Team India as they sit pretty on a 2-0 lead in the ongoing Border-Gavaskar Trophy.

Strange things can happen over a long break between Test matches. Perhaps more so these days as they have become as uncommon as, well, four or five-match series!   Australia could tell India a thing or two about that. Having beaten India in the first two series in the Border-Gavaskar Trophy of 2007-08, they were upset at that much-vaunted pace bowlers’ paradise, Perth, with Ishant Sharma working over Ricky Ponting. The momentum that Australia had enjoyed earlier was not with them after the break and a belligerent India seized most of their chances to record one of their unlikeliest away wins.

Incidentally, the venue for the next Test, Mohali, has one of the few bouncy pitches in India. That is, even it is not exactly Perth or Wanderers, but it does give pace bowlers a bit of a chance and more of the true bounce that Australian batsmen are used to. The last Test played here in 2010 also featured Australia, with a narrow victory for India.  Significantly, 25 of the 39 wickets that fell in the Test were bagged by pace bowlers. India will however miss Zaheer Khan from that match and Australia perhaps that whole pace bowling unit, unless they decide to play Mitchell Johnson.

Australia have so far come up with one of the worst displays by any Australian squad that most of us would remember and certainly the worst on Indian soil that I have seen.  They were beaten comprehensively by India in Kolkata in the 1998 series too, but that win was achieved with an incredible exhibition of Indian batting with four batsmen getting within striking distance of a century, apart from Mohammed Azharuddin’s unbeaten 163.  At Hyderabad, the middle-order collapsed once the Cheteshwar Pujara-Murali Vijay partnership was broken and yet Australia fell woefully short of even averting an innings defeat.

It is at such a juncture that India could easily slip into complacency, resting on their laurels and thinking about the trophy too soon. There are still two matches to be played in the series and should Australia win both, they would retain the trophy. India needs to secure at least a draw from either of the two matches and should ideally target wins in both.

The Indian selectors have bitten the bullet and eased out out-of-form opener Virender Sehwag. It remains to be seen what likely replacement Shikhar Dhawan will offer in his place.  India needs to find an opening firm that doesn’t hand it to the middle-order without 50-60 runs on the board regularly. They looked close to finding that combination in Sehwag-Gautam Gambhir and both have fallen out of favour lately.   In form spinner Pragyan Ojha’s baffling exclusion from the playing 11 continues to be a question mark.

In short, though India are in the best position they could have hoped for at this stage in the series, their playing combination is not necessarily ideal yet. With a few improvements to their own strategy, Australia could edge closer to India in conditions that give them the best chance they could hope for in such terrain. It may look very unlikely at this point, but we wouldn’t be following cricket if only the most likely possibilities materialised all the time.

India have capitalised on an utterly listless display by a raw Australian side. They need to hammer the final nails into the coffin. Much work still remains to be done, more runs to be scored and more wickets before India have both hands on the trophy. Hopefully, they will do so at the first time of asking at Mohali.