Few players grabbed this opportunity with both hands but cricketers like Manoj Tiwary and Robin Uthappa failed to make most of it.

A young Indian team registered a comfortable whitewash against Zimbabwe in the three-match One-Day International (ODI) series. Few players grabbed this opportunity with both hands but cricketers like Manoj Tiwary and Robin Uthappa failed to make most of it. Sandipan Banerjee opines time is running out for them. READ: India vs Zimbabwe 2015: India’s marks out of 10

The life of a cricketer always deals with uncertainty. He has to go through competitive situations throughout his career. Slight drop in form or injury and there are hundreds of other people, ready to take his spot. Getting an opportunity to prove himself at the highest level is like a gold dust in this sport and people like Manoj Tiwary and Robin Uthappa wasted it during India’s One-Day International (ODI) series in Zimbabwe.

India have sent a second second string team in this  tour of Zimbabwe. Though this tour is irrelevant from cricketing point of view, but for these young cricketers, who want to cement their places in the national team, it was the most important assignment. Especially for batsmen like Manoj Tiwary and Robin Uthappa whose careers were hampered due to injuries and lack of chances. This tour was probably their last chance. Though Uthappa might get another go, for Tiwary it seems time has ran out of luck already. READ: India vs Zimbabwe 2015: India’s lower-order batting blues continue

The Bengal boy Tiwary is almost 30 years old. He made his debut way back in 2007. But since then, a series of injuries and the inconsistent run in the playing eleven did him no good. During his prime form, Tiwary was forced to seat out. He scored a fighting hundred against West Indies in 2011, but found himself out of the playing eleven in the next ODI India played.

When Virat Kohli won the Under 19 World Cup a a teenager, Tiwary first played international cricket. Now Kohli is the Test captain of India and still Tiwary is not a regular member of the team. 2, 22 and 10 — this was Tiwary’s report card against Zimbabwe. In theses games he got ample amount of time to build his innings, but he failed miserably. Probably the pressure of playing a impactful knock got the better of him. And after this poor outing, it seems Tiwary’s future in India colours is more uncertain. READ: Manish Pandey: 5 things you need to know about India’s newest ODI debutant

The story of Uthappa, who went to Zimbabwe to cement his place in the Indian team, is also bit similar. He is also as old as Tiwary and despite getting chance to bat at the top order, he could only managed to score 0, 13 and 33 in the three ODIs respectively. He was looking during a knock of 31 in the third ODI, but threw his wicket away after playing a horrible shot against the dibbly dobbly medium pace of Hamilton Masakadza.

But the Karnataka boy has one advantage on his side. Though he failed to capitalise on this tour, but the recent track record of Uthappa is really good. He was the highest scorer of last Ranji season and had two back to back productive Indian Premier League (IPL) seasons. He has also improved his wicket-keeping skills. So the situation for Uthappa is not as bad as Tiwary.

In near future, India will be playing a lot of limited overs cricket. With their recent performance in this African safari, players like Stuart Binny and Kedar Jadhav will be in the frame of schemes of the selectors. But for Tiwary and Uthappa, after this tour, no one knows when the next opportunity will come. 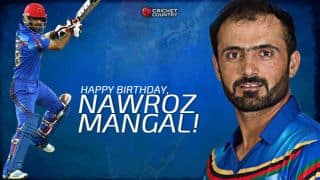 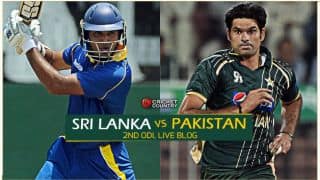