Mark Boucher (left) bagged the 18th stumping of his career when he dismissed Umar Gul (right). With this stumping, Boucher surpassed Ian Healy’s figures of 395 dismissals behind the stumps in 2007 © AFP

It was the 18th stumping of his career — a smart piece of glovework to dismiss Umar Gul off left-arm spinner Paul Harris; and Mark Boucher, in his 103rd Test match, became the best wicketkeeper in the history of Test cricket by overhauling Ian Healy’s magic number of 395. Boucher levelled with Healy courtesy of a stumping off the bowling of Shoaib Malik. Healy achieved the record in 119 Test matches; Boucher took 16 games less to achieve the incredible feat.

“In a way it’s a great feeling, but it is also sad to break such a good ‘keeper’s record,” Boucher said after the end of day’s play in a press conference. Boucher effected five dismissals in the game which South Africa won easily by 160 runs to take an unassailable 1-0 lead in the two match Test series.

Boucher held on to the record for close to three months before Adam Gilchrist (414 dismissals — 377 catches and 37 stumpings) became the most celebrated ‘keeper in the history of the game against India at Adelaide in 2008. Gilchrist achieved this feat in 96 Test matches, which makes the record even more stupendous. He announced his retirement immediately after the game.

Boucher was still playing Test cricket, so it was just a matter of time before he went past the world record. He, as expected, reclaimed the world-record against Bangladesh at Dhaka in February 2008. He contributed five dismissals to South Africa’s win over Bangladesh.

Boucher’s dismissals per match are about four. The best is that of Gilchrist who has about five dismissals per Test match. For a major part of the career, Boucher had to keep wickets to fast bowlers. When he stumped Malik and Gul in Karachi to achieve the world record, that is the only time in an innings when Boucher has recorded two stumpings.

*Abdul Rehman recorded identical figures four for 105 in both the innings. This is only the second time in history that such a thing had happened. The first instance was when Bhagwat Chandrasekhar recorded six for 52 against Australia at Melbourne in 1978. 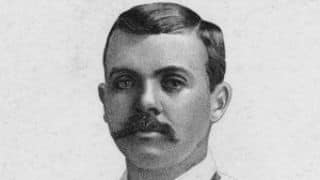