Apart from having an all-round excellent debut with the ball, Mark Craig achieved the unique feat of hitting the very first ball he faced in international cricket for a six. Shiamak Unwalla looks at some of the players who have hit sixes, while facing up to their first ball in Tests.

While it is not unheard of for batsmen to hit sixes in Test cricket, it is rather uncommon to see as many sixes hit in a Test match as there would be in a Twenty20 (T20). In a format, where there is usually enough time to settle in, most batsmen prefer to play conventional cricket.

However, every once in a while due to either the match situation, a rush of blood or supreme confidence, a batsman will look to go big right from the start. Below is a list of the innings in which a batsman has hit his first ball for a six. Bear in mind, these are innings where a batsman had hit the first ball he faced for six. If his first scoring shot was a six, it has not been counted.

The first recorded instance of a batsman hitting the first ball for a six was back in the nineteenth century when English batsman George Ulyett hit the Australian bowler Tom Garrett for a six. The latest instance of course, was Mark Craig taking on Suleiman Benn.

Rather strangely, among the 28 recorded instances, eight first-ball sixes have been scored against an English bowler. Conversely, West Indian batsmen have hit their first ball for a six on seven occasions. The full break-up of how many sixes teams have hit and how many the teams have conceded is given below:

Zaheer Khan is the only player to make an appearance in both lists. He hit a six off Tim Southee, and was hit by Graeme Smith for a six earlier in his career.

Arguably the most shocking aspect of the table is that one batsman has hit three first-ball sixes in his career. In a table with names like Gayle, Sanath Jayasuriya, Sachin Tendulkar and MS Dhoni, it boggles one’s mind that the batsman who features most often in the list is Sri Lankan spin wizard, Muttiah Muralitharan. Muralitharan has successfully hit first-ball sixes off Shaun Pollock, Irfan Pathan and Chris Martin. Move over Gayle and Dhoni. If you want to smash a six off the first ball you face, call Muralitharan! 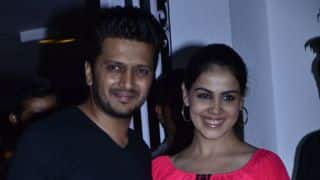 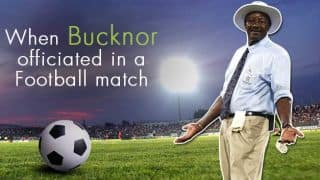