Marvan Atapattu is a former Sri Lankan cricketer, a prolific right-handed batsman and one of the rare cricketers to have breached the 5,000 runs mark in Tests.

Born November 22, 1970, Marvan Samson Atapattu is a former Sri Lankan cricketer, a prolific right-handed batsman and one of the rare cricketers to have breached the 5,000 runs mark in Tests. Atapattu also led the Sri Lankan side in both the formats and was known for his skilful leadership. On his birthday, Suraj Choudhari lists down 14 lesser-known facts about the elegant batsman and a canny fielder who did wonders on the field.

Atapattu is related to another Sri Lankan cricketer Nishantha Ranatunga who is his brother-in-law.

Atapattu got to a rocky start to his international career. His first nine Test innings just accumulated 48 runs which also included six ducks but he held on to his nerves and went on to reach the 5,000 runs mark with 16 glorious centuries to his name.

Atapattu has six double-centuries to his name and was the first Sri Lankan cricketer to have achieved such feat.

Like every other cricketer Atapattu too had a trademark stroke which he executed the best. His high-elbow cover-drive was his patent shot.

Atapattu s cricketing career faced a bit of a downfall when a huge amount of money was discovered from his hotel room locker during the England tour in 2003. International Cricket Council (ICC) initiated an investigation and cleared Atapattu off any charges.

6. A set of muppets headed by a joker

Atapattu never enjoyed a good and healthy relationship with the selectors. After a solid display with the bat at the end of the third day of the first Test against Australia at the Gabba in November 2007, Atapattu launched a fiery attack on the selectors as he called them a set of muppets headed by a joker .

7. Captaincy Atapattu was named as the skipper of the Sri Lankan One-Day International (ODI) side in 2001 and in early 2004 he was also appointed as the leader of the pack in whites. He did a remarkable job as a skipper and established himself in quick time. In 63 ODIs which he led, Sri Lanka tasted success in 35 games. He marshalled his troops in 18 Tests out of which he won eight and lost six with four ending in a draw.

Injuries have been a huge drawback in many cricketers life. Atapattu suffered a back injury which saw Mahela Jayawardene taking over the captaincy in 2006.

Atapattu was not included in the Sri Lankan squad for the 2007 ICC World Cup. He was about to miss on the Australian tour in 2007-08 but Sri Lankan Sports Minister Gamini Lokuge s involvement led to his inclusion in the side.

Atapattu silenced the harshest of his critics by a solid display with the bat against Australia in his comeback Test. He scored two half-centuries and gathered 172 runs in two Tests.

After announcing his retirement from international cricket, Atapattu played for the Delhi giants and ICL world XI in the Indian Cricket League.

Post-retirement, Atapattu took up the job of coach and was widely sought after for his pristine knowledge about batting. He coached Singapore and Canada and was later appointed as the batting coach of the Sri Lankan national team in 2011. He was also appointed as the head coach of the national side in April 2014 after Paul Farbace s surprising exit.

Atapattu called it a day as the head coach of Sri Lanka in September 2015 following a defeat in the Test series against India at home. 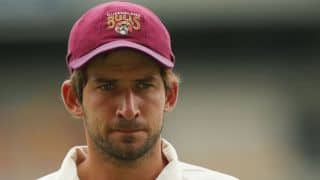