Of the 22 players slated to appear, only 11 of them still play active cricket.

The much-awaited Marylebone Cricket Club (MCC) versus Rest of World (RoW) match is finally upon us. The thought of watching the likes of Sachin Tendulkar, Shane Warne, Brian Lara, Muttiah Muralitharan, Rahul Dravid and Adam Gilchrist back in action after their retirement is a mouth-watering prospect. Shiamak Unwalla analyses the strengths and challenges of the MCC team.

Any team that boasts of a batting line-up that reads Sachin Tendulkar, Brian Lara, Rahul Dravid, and Shivnarine Chanderpaul, is a team the opposition should be very, very frightened of. The Lord’s bicentenary match that will take place between MCC — led by Tendulkar — and RoW side under Shane Warne’s leadership will be, quite simply, a contest between some of the most prolific batsmen in the history of the game against the two leading wicket-takers in Test cricket.

Between the foursome of Tendulkar, Dravid, Lara and Chanderpaul, 48,498 ODI runs have been scored. On the other hand, the sum of runs scored by the entire Rest of the World team put together is 48,864. The disparity is quite staggering. Throw in the other MCC batsmen Aaron Finch, Chris Read and the useful Daniel Vettori, and it seems almost an unfair comparison.

However, with only Chanderpaul still active, it could well be that all the runs in the world do not count for much if there is no match practise to fall back on. Tendulkar retired from all forms of the game late in 2013. Dravid had retired a year before that. Lara had not played any form of competitive cricket since 2010 before appearing for MCC against Hertfordshire a couple of weeks ago.

On the bowling front, Brett Lee, Vettori, Umar Gul, Saeed Ajmal and Shaun Tait make for a fearsome attack, more than capable of blowing away the best on their day. And yet, combined they have taken a total of 1081 wickets; a number made rather meagre when compared with Muttiah Muralitharan and Shahid Afridi, who have 912 between just the two of them. Add the other Rest of World bowlers — Warne, Peter Siddle, and Tino Best — to the mix, and the number shoots up to 1254 wickets.

Of course, the numbers alone do not tell the whole story. Lee, Tait, and Vettori play little to no competitive cricket these days. Only Ajmal and Gul bowl regularly, with the latter being arguably the best off-spinner in the world at the moment. However, Warne played just three games in 2013 and none yet in 2014. Murali was visibly past his prime in the Indian Premier League (IPL) 7. In the battle between the greatest bowlers and some of the most prolific batsmen, an off day by either stalwart could spell disaster for RoW.

Of the 22 players slated to appear, only 11 of them still play active cricket, and even then Read (albeit one of England’s finest), Best, Sehwag, and Yuvraj are not currently part of their national sides. It seems that the old adage “Form is temporary, class is permanent” will be tested to the hilt come July 5. On the face of it, MCC has more than enough class to go the distance. 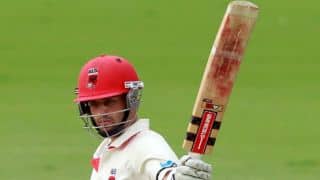