Warne and Tendulkar last faced each other in an international game in 2001.

On July 5, 2014, Sachin Tendulkar and Shane Warne will rekindle their rivalry at the Lord’s bicentennial match between Marylebone Cricket Club (MCC) and Rest of the World (RoW) XI with little or no pressure, writes Nishad Pai Vaidya.

The last time Shane Warne and Sachin Tendulkar faced off was during the Indian Premier League (IPL) 2011. It was Warne’s last game for Rajasthan Royals in the IPL and this match-up was built up as the last time these two greats would lock horns. In that encounter, Tendulkar faced seven balls from Warne and scored as many runs. There were no fireworks as Tendulkar had gone into a lull after the high of the 2011 World Cup. Yet, this contest had everyone’s attention, including this writer’s, who was present at the Wankhede Stadium that day.

In the 2000s, cricket fans seldom had an opportunity to watch Tendulkar and Warne taking on each other. Consider this: the last time Warne bowled to Tendulkar in an international was during the 2001 series in India. Warne was serving his drug-ban during the 2003 World Cup and hence missed the two encounters against India and also didn’t play during the home series later that year, when the Indians were Down Under.

In 2004, though Warne and Tendulkar featured at the Nagpur Test, the legendary batsman was taken care of by the seamers before Warne could have a go. And then Warne missed the Mumbai Test due to an injury, during which Tendulkar scored a crucial fifty in the second innings. Warne did come back for a solitary ODI, the Tsunami Relief match between Asia XI and Rest of the World XI, but Tendulkar performed duties as reserve. The misses continued as Warne had retired from one-day cricket and by the time India tour in 2007-08, he had called it a day from Tests as well.

The IPL did give the fans the opportunity to see them taking on each other in tandem. They did have some intriguing battles — at Durban in 2009 and at Jaipur in 2010, but they weren’t like those tussles of the 1990s. Back then, it was about the world’s best batsman taking on the world’s best spinner. Both were at the peak of their powers and had troubled their opponents. But, Tendulkar ended up giving Warne those famous “nightmares” as he tore into him and made him look helpless. Though Warne did manage to dismiss him on the odd occasion, those were few and far between, and are rarely remembered.

Bringing all those memories together, they will now battle at Lord’s during the Marylebone Cricket Club (MCC) versus Rest of the World (RoW) XI contest. This contest will certainly miss the old intensity, as the game is more of a celebration than a competitive fixture. It would be an occasion where old friends and adversaries come together and rekindle old memories. Though there would be no pressure, there would certainly be the odd needle. The champion attitude in a player never dies and one can expect Tendulkar and Warne to target one another if they come face to face. Fans of the game will certainly hope they do! 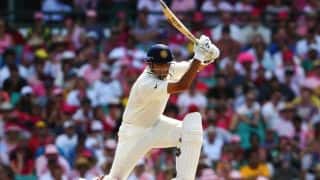