Chris Cairns wowed cricket fandom with his breathtaking all-round skills, one couldn’t stop marvelling at his God-gifted skills. However, ever since his retirement, it has been alleged that he was involved in the murky world of match-fixing activities. Today, it was reported that the International Cricket Council (ICC) was believed to have been investigating three New Zealand cricketers, including Cairns for match-fixing activities. Bharath Ramaraj has more on New Zealand’s enigmatic all-rounder.

Almost two decades ago, Chris Cairns bewitched cricket lovers with his thrill-a-minute century against India at Pune. As the thwack of the leather on the willow filled the air, the boyish adventurism in his swashbuckling batsmanship wowed the crowd. Even the most ardent Indian supporters couldn’t stop marvelling at some pure and breathtaking striking by the all-rounder.

Since then, the athletic and muscular all-rounder Cairns went onto trail the sunshine of glory many times in his career. Who can forget his knock of 93 at Lahore in a Test match against Pakistan in 1996 that helped New Zealand to script a famous win. The wondrous hundred against Australia at Wellington in 2000 against Glenn McGrath, Brett Lee, Shane Warne and company. The game-changing innings against India in the ICC Champions Trophy final held in Kenya in 2000. His gladiatorial-like hundred made up of more than dozen fours and seven sixes against the might of South Africa in 2004. The masterful all-round show at Trent Bridge in his last Test against England in 2004, where he almost single-handedly took New Zealand to a win and many more.

However, the burly all-rounder had his off-field disciplinary problems too. He fell away with the then New Zealand coach, Glenn Turner in 1996 in West Indies, and was handed the plane ticket by New Zealand’s manager. In Cairns’s defence, it has to be said that many senior players were believed to be unhappy with Turner. In 1997, before a Test match against England, he was caught drinking during wee hours of morning. Yet, New Zealand’s think-tank forgave him many times, largely because of his ability to turn the game on its head.

On Thursday morning, one woke up to read a report in the Daily Mail that three cricketers from New Zealand, Cairns, Daryl Tuffey and Lou Vincent, are believed to have been investigated for match-fixing activities. It sent seismic shocks across the cricket world.

The ICC haven’t named any cricketer yet. A statement from the ICC said: “Following the publication of an article in a leading New Zealand newspaper earlier today, in which it is alleged that a small number of former New Zealand cricketers had engaged in fixing activity in historic cricket matches and were being investigated by the ICC’s Anti-Corruption and Security Unit (ACSU), the ICC confirms that it has indeed been working closely over the past few months with its colleagues in the domestic anti-corruption units of Member Boards to investigate these and related matters.”

It isn’t like Cairns hasn’t been accused of fixing activities before. Lalit Modi, the then Indian Premier League (IPL) commissioner, had alleged that Cairns was involved in match-fixing activities, during the time when he played in the Indian Cricket League (ICL). Later on, it seemed like Modi was just making accusations without any proof. In fact, Cairns won a libel case against Modi and was awarded damages in tune of £90,000.
One can be sure that Modi’s Twitter account will be buzzing again! 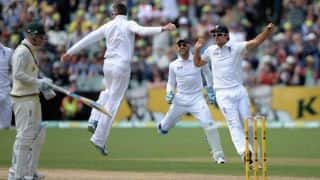 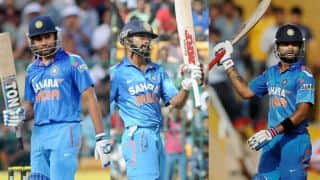 India tour of South Africa 2013: Rohit Sharma, Shikhar Dhawan and Virat Kohli could prove formidable at the top of the order