Mathew Sinclair: New Zealand's talented cricketer who couldn't make it to the top echelons of internationa

Have we ever thought of those cricketers who for a variety of reasons couldn't conquer towering peaks, and found themselves in the lonely world of wilderness? The just-retired Mathew Sinclair certainly belongs to the second category of cricketers who in spite of showing flashes of brilliance couldn't make it to the top echelons of the game. 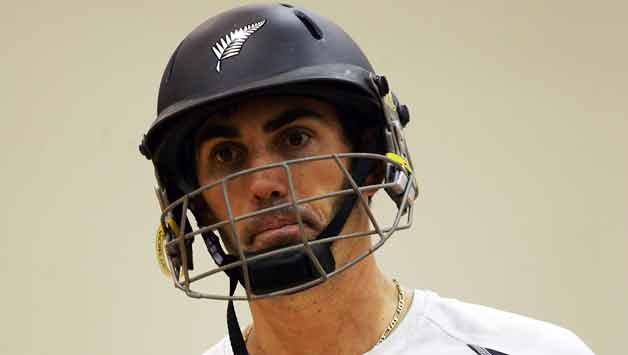 In the wonderful world of cricket, to describe the prestidigitation and mystical magic of a famous cricketer, acres and reams of newsprint overflowing with superlative adjectives would be expended. Cricket-obsessed fans make a beeline entry into stadiums just to watch their favourite cricketers play on a cricket field.

However, have we ever thought of those cricketers who for a variety of reasons couldn’t conquer towering peaks, and found themselves in the lonely world of wilderness? The just-retired Mathew Sinclair certainly belongs to the second category of cricketers who in spite of showing flashes of brilliance couldn’t make it to the top echelons of the game.

It took Sinclair roughly another three years to break into top league cricket. In the Boxing Day Test match at Wellington against West Indies in 1999/00, he lit up the scenic Basin Reserve stadium with his willowy fireworks. West Indies’s pace-battfiery consisting of bowlers like Rose King and Courtney Walsh were left to scratch their heads in sheer disbelief as they couldn’t find a way to dismiss Sinclair. After sending the ball rocketing to the boundary boards on innumerable occasions, he finally got out having recorded a riveting double century. On that day, Sinclair must have felt like flying on the wings of a fabled fantasy dream.

There can’t be anything better for a batsman than arriving on the Test scene with a bang and scoring a double hundred on his debut. But along with plaudits, accolades and glittering achievements follow sky-high expectations. Everytime Sinclair walked onto bat, it seemed like New Zealand’s cricket pundits and selectors were yearning for a double-hundred from his willow.

By the end of 2000, New Zealand’s selectors were ready to wield their axe on Sinclair. Just in the nick of time though, Sinclair made an awe-inspiring century against the pillaging South Africans at Port Elizabeth. Opposition ranks boasted of fiery pace merchants like Allan Donald, Makhaya Ntini and Shaun Pollock. Yet, Sinclair with incontrovertible self-belief and eye-catching strokes took them head-on.

The highlight of that innings by Sinclair was the way he strode onto the front-foot to present scintillating off-drives of Shaun Pollock, and mesmerise the sparse crowd with his twinkling stroke-play. As soon as Ntini and Donald dropped it short, he mercilessly punched and cut them to the boundary boards off the back-foot. His valiant century against South Africa encompassed aggression and flair, especially through the off-side. In fact, Sinclair’s backs-to-the-wall effort in South Africa seemed to be an epoch-making moment in his fledgling Test career, but unfortunately, it wasn’t to be.

Sinclair continued to churn out big scores, as he made a sparkling double century at home against Pakistan at Christchurch in 2000/01. Even before that Test match against Pakistan, there was inkling that Sinclair would be shown the exit door.

Actually, in the first Test at Auckland against Pakistan, Sinclair looked out of sorts, and his struggles were accentuated by the fact that he couldn’t decipher Saqlain Mushtaq’s doosra as well as Mohammad Sami’s prodigious swing. However, in the second Test at Christchurch, he gave an eloquent-riposte to all his detractors baying for his blood by handling Saqlain’s doosra and Sami’s thunderbolts with equanimity and assuredness. His knock against Pakistan can be best described as a true embodiment of dauntless courage, as it is never easy to do well when one’s place is under severe threat.

The match against Pakistan ended in a draw, but champagne would have flowed liberally in the dressing room with Sinclair soaking in the adulation of his exultant team, for his stupendous double hundred. In some ways, Sinclair galvanised, and showed the way for other Kiwi batsmen in that series on how to decipher Saqlain’s mystery ball.

In a cruel twist of fate, Sinclair soon became a victim of New Zealand’s bizarre revolving-door policy. Since the dawn of the new century, New Zealand’s haphazard selection policy has certainly claimed its fair share of victims.

Sinclair seemed to be virtually on a perpetual trial. He was shown the exit door after not performing well Down Under and at home in 2001/02. Those were the days when Australia were known as ‘invincibles.’ So, it shouldn’t come out as a major surprise that ‘Skippy’ flopped miserably Down Under.

In 2003/04, Sinclair roared right back into thick of things by playing a pugnacious knock of 74 against the mighty South Africans. The tenacious knock though, didn’t help him to get picked for the tour to the Old Blighty. He must have been crestfallen and heartbroken, as despite putting up a good show against a formidable foe, his efforts fell on deaf ears of the selectors.

In sheer desperation, Sinclair even tried his hand at opening the batting in 2004/05 in Bangladesh and Down Under respectively. But as he wasn’t a regular opener, he struggled to deliver the goods.

The last time we saw Sinclair playing for New Zealand was in 2009/10 against Australia. Here was a cricketer who seemed to be full of nerves and jittery thoughts. No wonder, after failing in a single Test against Australia, he was dropped for the umpteenth, and sadly the last time in his test career. A Test batting average of 32.05 just didn’t do justice to his true potential.

In spite of having a topsy-turvy test career, Sinclair served his first class team, the Central Districts with dedication and devotion, for almost two decades. A few days back, the prolific run-getter in First Class cricket, Sinclair retired from all forms of the game.

“I have been a little mismanaged through my career,” he said. “The many New Zealand team coaches came in with new ideas. I felt I had to change, whereas if I had played my natural game, it would have worked out better,” were Sinclair’s word’s on being mismanaged.

It is a tragedy to see that a player with such immense potential couldn’t reach rarefied heights, and now has to seek dole to support his family. His critics would point out that Sinclair didn’t work hard on his lack of footwork. But those who have followed Sinclair’s career with great interest believe that he was mismanaged. In a country where rugby is by some distance the number one sport, and approximately there are about 44 million sheep to 4.1 million people, it doesn’t make much sense to treat a player of Sinclair’s calibre shabbily.