Max Walker: 12 facts from the life of Australian bowler

Max Walker: 12 facts from the life of Australian bowler

Walker was also an effective lower-order batsman apart from his excellence with the ball. His batting average of 19.53 suggests that he was far from a walking wicket.

Max Henry Norman Walker, who passed away after a battle with cancer, was a former Australian cricketer who was well-known for his effective bowling. A multi-talented prodigy, Walker tried his hand many other ventures. Suraj Choudhari recollects 12 facts about the bowler whose career would have been different had he been born a generation before or later.

Walker was called Tangles for his uncanny knack of bowling off the wrong foot. The likes of Pakistan pacer Sohail Tanvir have since had similar actions.

Walker was an effective lower-order batsman apart from his excellence with the ball. His batting average of 19.53 suggests that he was far from a walking wicket.

Walker had a keen interest in Australian Rules football, and played the sport regularly before concentrating solely on cricket.

Walker was a skilled architect, and in 1977 he gave up his job to pursue higher avenues.

5. Career best in The Ashes

Walker’s optimum performance in Test cricket came in the sixth Ashes Test of the 1974-75 season at Melbourne. He decimated the English line-up, finished the game with eight wickets.

Walker proved his capabilities with the bat in what was his final Test. He went ballistic and fired an unbeaten 78 off just 84 deliveries in the first innings against England at The Oval in 1977, signing off from Test cricket with a bang.

Walker was mentioned in the Member of the Order of Australia in June 2013 for his outstanding services in cricket.

Walker had fantastic records to his name; in 34 Test outings Walker clinched 138 wickets at notable average of 27.47. Whereas, in 135 Firs-Class games he bagged 499 wickets at an outstanding average 26.47.

Post-retirement, Walker flirted with one of his favourite pastimes: writing. He is the author of 14 books and at one point of time he was also a bestselling author.

After his cricketing days were over, Walker rendered his services as a commentator and was a regular in the com box for Channel Nine.

Walker was also associated with media firms as a television and a radio presenter. He was very famous for this role of his and also presented Nine Network s Nine s Wide World of Sports.

Walker died at the age of 68 on the intervening night of September 27 and 28, 2016 following a two-year battle with cancer. 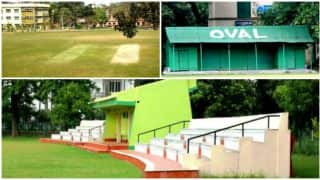