Mayank Agarwal has scored two150s in his short List A game so far.

Mayank Agarwal scored 176 for India A against South Africa A at Chennai on August 13, 2015. It was his second score in excess of 150 in his List A career. Bharath Seervi lists Indians who scored two or more individual scores of 150 in their List A careers.

Playing in just his 23rd match, Mayank Agarwal scored the second 150 of his List A career. He scored 176 for India A against South Africa A at Chennai on August 13, 2014 in the sixth match of the triangular A-series tournament involving Australia A, India A and South Africa A. He had earlier scored 162 for his home team Karnataka against Andhra in Secunderabad in the Vijay Hazare Trophy on November 7, 2014.

Mayank joined the elite club of Indians making more multiple List A 150s. Before him, only ten Indian cricketers have gone on to score do the same in their List A careers, but Mayank has taken the fewest matches (23). Sachin Tendulkar holds the record for the most 150s by Indians in List A cricket (5). No other Indian has got even four.

Mayank scored his second 150 in just his 23rd innings. He is by far the quickest Indian to score two 150s in List A cricket. Only one more Indian achieved this in his first 100 innings — Wasim Jaffer (in his 57th innings). Everyone else has taken more than 100. 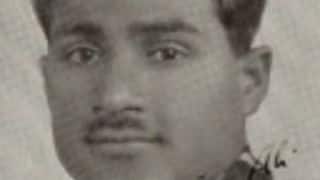 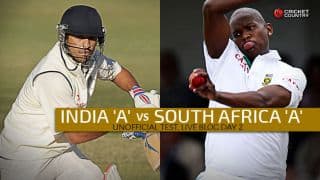 Live Cricket Score India A vs South Africa A, 1st unofficial Test at Wayanad, Day 2 India A 122/3: IND A trail by 420 runs at Stumps