Mayanti no to Stuart Binny!

Mayanti no to Stuart Binny!

Team India had a very successful 2015 World Cup campaign when it reached the semi-final against all odds and expectations. And because every single player clicked, there were very little chance of the players in the bench getting a game.

One of the players who lost out was Stuart Binny, who went through the entire tournament and, like Ambati Rayudu and Akshar Patel, did not get a game. Binny is a favourite target for the social media, especially because of his beautiful wife, TV hostess Mayanti Langer.

Mayanti was a regular feature through the World Cup, presenting different segments for the broadcasters. And the joke goes that while on tour, Binny called his wife, “Let’s go out and explore Australia!”

To which Mayanti replied, “No, I can’t! I have got a game tomorrow!” 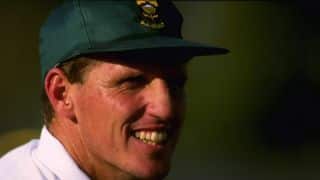 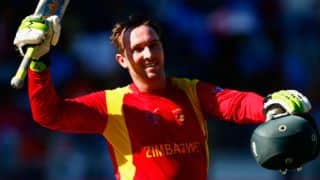 Brendan Taylor admits his decision to retire was for financial benefits