The curious similarity in the international careers of the two giants at the ground.

As Lord’s dresses up for the long-awaited Bicentennial match, the world waits eagerly to watch the much-awaited spectacle of Sachin Tendulkar and Brian Lara in tandem. Abhishek Mukherjee has a look at the curious similarity in the international careers of the two giants at the ground.

There has been a humdinger between England and Sri Lanka at Lord’s earlier the season, but it was drowned by the euphoria of the FIFA World Cup 2014. With Wimbledon also stepping up to join the football bonanza, the fans of cricket have been waiting desperately for the Lord’s bicentenary match.

Now that the Titans are about to take the field at the greatest cricket arena of all, one’s mind is diverted almost instinctively to the greatest clashes between them. While Shane Warne versus Sachin Tendulkar and Muttiah Muralitharan versus Brian Lara bring back fond memories, Tendulkar and Lara batting together does not evoke nostalgia of the same order.

This brings us, the followers of the greatest sport of all, to ask: how have the two men performed at the hallowed turf of Lord’s? Let us have a look.

Certainly not the level expects from the giant. But what about the other man?

Lara’s numbers at Lord’s are almost as unimpressive. But then, to answer the fans of both men, who has done worse, even if marginally?

Same number of matches; the same number of runs scored. Take your pick, if you can: it is as difficult as it used to be in their heydays. 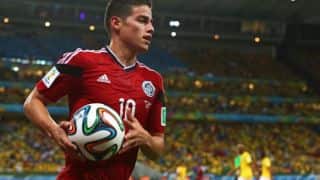