Mehedi Hasan: From Under-19 cricket to Bangladesh's star

Mehedi Hasan: From Under-19 cricket to Bangladesh's star

With no Mustafizur Rahman on the side, Mehedi Hasan proved to be the unsung hero for Bangladesh.

Sneaking out of the house in younger days for the love of cricket, did prove fruitful for the just turned 19-year-old Mehedi Hasan on Sunday in Dhaka. Bangladesh might have faced a narrow defeat against England in the first Test, but found winning ways in the second by a huge margin of 108 runs at Sher-e-Bangla Stadium. With a 12-wicket haul in the second Test and total of 19 wickets in this series, Bangladesh could not have found a better star in the making, who was unknowingly scripting records to his name. He bowled until England collapsed and that last ball wicket of Steven Finn to edge to victory was indeed sweet for the youngster. FULL Cricket Scorecard: Bangladesh vs England, 2nd Test at Mirpur

Who knew that the Bangladesh star who celebrated his birthday five days ago and few days after gaining first few records in the first Test, would be the man to save Bangladesh from a failure on their home soil. He might have been the eligible captain for the younger team in Under-19 World Cup, but his record of second youngest spinner to take fifer and also achieving the same on Day One of the first Test, prove that Bangladesh are heading towards a new era. Mehedi has slyly bagged the name as the best spinner after Bangladesh maestro spinner Shakib Al Hasan.

From hide-and-seek cricket to Under-19 star:

Hasan has been an impressive player right since his younger days, as he was the one who took the Under-19 team to semi-final in World Cup 2016 and rewarded Man of the Tournament. He was equally impressive with the bat then and knowing he was an all-rounder, Bangladesh picked the best in the squad against England. But it was not all easy for Mehedi, as his parents had different plans for him and wanted him to be the best in school. But the extraordinary talent that he possessed led him to a different path. There was just one who found the hidden talent in Mehedi, former Bangladesh cricketer Sheikh Salahuddin.

Salahuddin has played just six One-Day Internationals (ODIs) for the national side, but his contribution towards First-Class cricket has been significant. Also, he was the best off-spinner at his time and played notable role in Mehedi s cricketing career. In Salahuddin s second full season of First-Class cricket, he bagged 30 wickets at an average of only 16. That was enough to boost the promising talent to soar for further success. Salahuddin, was not the perfect fit of the Bangladesh ODI squad, but the way Mehedi is racing in Tests already, is likely to be a surety in the ODI squad as well.

Mehedi has played for Under-19 cricket for three years that included the role as a captain of Under-19 World Cup in 2014 as well as 2016. He entered the First-Class arena in 2013-14 and joined National Cricket League (NCL) in 2014-15. But it was the next edition of NCL when he stamped his authority. Mehedi grabbed 60 wickets at a staggering 21.00, including six fifers and two 10-wicket haul in First-Class cricket so far. His experience in Under-19 for three years has been decent with ball. He has 19 wickets in total of the two Under-19 World Cup he has played.

He might not have scored much runs against England in Tests, however, he was remarkable with the bat and scored 242 runs in 2015-16 edition of Under-19 World Cup. That opened the gates for the youngster in the national side.

Apart from the World Cup days, Mehedi has been prominent in Under-19 cricket when he started playing against Sri Lanka in April 2013. He might have remained wicketless, but he ended the Under-19 World Cup also against Sri Lanka in the playoffs as he secured his best bowling figures then, avenging the earlier defeat against the same opponent.

Star in the making:

Knowing the talent Mehedi carried with him, Bangladesh Test skipper Mushfiqur Rahim had mentioned, Mehedi was a surprise package for England when the squad was picked and was on purpose held back from the Afghanistan ODI series. Indeed, he rattled England right since the first innings of the first Test. Mehedi s first wicket in this series was England s Test debutant Ben Duckett. Mehedi s delivery turned, leaving Duckett in splits and clattering into the off-stump.

Mehedi s next target was Gary Ballance and with that slider he grabbed two wickets on Day 1 of first Test. The best was yet to come and what a better wicket than that of England s run-machine Joe Root. An edge it was and Sabbir Rahman celebrated along with Mehedi to get the biggest wicket. Third one for the day. Mehedi was stoked when an off-spinner grabbed the right-arm off-spinner, Moeen Ali for 68. It was fourth one and the fifth came in form of Jonny Bairstow for 52.

With that fifer, Mehedi was smiling to glory with ball and spoke to Telegraph.co.uk saying, I got a five-wicket haul on my Test debut. I got massive turn off my first delivery but Mushfiq repeatedly told me that I should bowl at the stumps, so that I have chance to get leg-before or hit the stumps. From my second or third over, I realised that I will be successful if I bowl stump to stump. I never really thought I would get five wickets. I just wanted to do something for the team, and get settled in at this level.

There was something better in store for the youngster in the second Test. Mehedi started with the wicket of England skipper Alastair Cook, which triggered a collapse. Ballance once again became the target of Mehedi s trap. The off-spinner got rid of Moeen once again as he fell after sweeping Mehedi s delivery. I hope you are counting the number of wickets, already. It felt as if history was repeating itself as Mehedi caught hold of the same batsmen, who fell for his spin in the first Test.

The tape was moving the same fashion like earlier and Mehedi got 6 wickets again in the second innings of the second Test as well. With that 12-wicket haul, Mehedi equaled the records with his own counterpart Enamul Haque, who created his record in 2005 against Zimbabwe.

There are many records that can be spoken about with regards to Mehedi, but Mushfiqur put it up in the right way, We knew the type of player he was. It is all his credit that he did so well.

One cannot ignore that Bangladesh have just one Test pending that is against India away from home. The earlier series when India visited Bangladesh in 2015, the only Test ended in a draw. Knowing that Indian conditions favour spinners, India are in for some serious action with Mehedi in place.

It was Diwali in India, but the night in Bangladesh may be lit up in full swing.

With no Mustafizur Rahman in the side, Mehedi proved to be the unsung hero for Bangladesh. 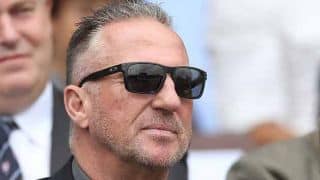 England will be judged on their performance against India, says Ian Botham 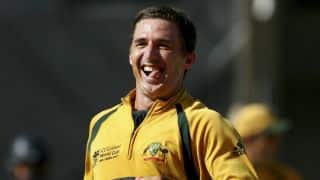