Michael Clarke has dazzled and has been a beacon of hope for Australia.

Michael Clarke won the Sir Garfield Sobers Trophy for being the ICC Cricketer of the Year 2013. The Australian captain also named ICC Test Player of the Year. While Australia have gone through a very tough time in international cricket off late, Clarke has dazzled and has been a beacon of hope for Australia. Shrikant Shankar believes that despite a stiff challenge from many others, Clarke deserves the accolades and the award.

Every year, the International Cricket Council (ICC) picks the best performers and awards them for their sterling exploits on the field of play. The award is not only a mark of consistency, but is also about sustained excellence. Thus, winning an ICC Award is a matter of prestige for any international cricketer.

Australia’s Michael Clarke is the latest to win the Sir Garfield Sobers Trophy for being the ICC Cricketer of the Year. He also won the ICC Test Player of the Year award. He has been simply superb during the judging period which started on August 1, 2012 and ended on July 31, 2013. During his eleven-year long international career, Clarke has won almost every single trophy there is to be won in cricket. His career started off in fine fashion, but most importantly he came into the Australian side brimming with world class talent.

That Australian team had everything. The players they had were greats of the game and were unstoppable. They had a lot of wise-old heads and were led by a man who ruled the world with the bat — Ricky Ponting. Clarke was the young gun in the side. He was immediately seen as the future and the next leader of the Australian team. Clarke and Australia scaled great heights and it culminated in them winning the ICC World Cup 2007. Just before to that, they beat England 5-0 in the Ashes 2006-07 series. There seemed to be no limit to their potential.

But they were not to enjoy their transition and as one great player left after the other and Australia were declining. They were pummeled 3-1 by England in the Ashes 2010-11 and lost in the quarter-finals of the ICC World Cup 2011 to eventual champions India. Ponting resigned as captain and Clarke took over in both Tests and One-Day Internationals (ODIs). After some indifferent series’, especially in Tests, everything came together during India’s tour Down Under in 2011-12.

Australia walloped the world champions 4-0 in a four-match Test series. Clarke’s figures reached mythical proportions as he notched 626 runs in those four matches. He scored a mind-blowing  329 in Sydney and then 210 at Adelaide. A year later ,against the formidable South African bowling attack, Clarke proved his class yet again. In three matches, Clarke amassed a staggering 576 runs at an average of 144. He scored an unbeaten 259 at Brisbane and then 230 at Adelaide.

Those performances prompted Steve Waugh to compare Clarke to the legendary Sir Don Bradman. But all that individual triumph was put into perspective as the Proteas won the series 1-0. Then came the ignominy of getting whitewashed in a four-match Test series in India. The 0-3 defeat in the Ashes in England added to his woes. But amidst all this, Clarke’s form did not waver much.

Now, he has a good chance of leading Australia to triumph in the Ashes 2013-14 and is scoring heavily, but this was not part of the judging period for the ICC Awards. What one cannot change is the fact that he has been in supreme form throughout and deserved to win the prizes. From being av part of the all-conquering Australian side to one that went without winning one in nine Tests in 2013, Clarke has seen it all. So, for him this award may not hold great importance right now as team success is always more cherished, but few years down the line, he will cherish it.

Clarke was up against Hashim Amla, MS Dhoni, James Anderson, Alastair Cook and Kumar Sangakkara for the main prize. Many of them have had phenomenal years and could easily have won it. As a team India, England and South Africa have achieved much more than Australia have during the judging period. But the award is for the best player and Clarke has stood out. In that period, he has played 11 Tests and scored 1,280 runs at an average of 71.11. He has scored four centuries and five half-centuries. Clarke has scored runs against South Africa, against India in India and against England. He has scored in all types of conditions and that is why he deserves the award.

With the form that he has been in, Clarke could easily win a few more accolades before his retirement. For now, he would put his head down on the captaincy front and plot a revival for Australia with an Ashes victory in sight. 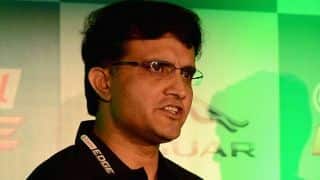