Abhijit Banare looks at Clarke who is leading a side in what could be a landmark moment in his career.

After the debacle on the Ashes tour to England earlier this year, Michael Clarke was showered with the choicest of criticisms. Abhijit Banare looks at the Australian captain who is leading a side in what could be a landmark moment in his career.

One of the most interesting phases for a cricketer is when he reaches 30 years of age. By that time you have had an equal dose of success and failure more than once. And it certainly shapes you up into a wiser head trying to navigate and emerge victorious through endless difficulties. And a good leader does the same for the team. No Australian would be as happy as Michael Clarke after the win in the second Ashes 2013-14 Test in Adelaide. Since the disastrous tour to England, Clarke has gone through a series of stages in the run-up to this Ashes.

Just two Tests into a five-match series, Mitchell Johnson has already attracted many eyeballs. But the most undervalued success story here is the determination of Clarke to put things back in place. The 2013 Ashes was like an unsolved puzzle and every single day, the pieces to be joined were all scattered around. The more he tried to put the puzzle back in shape, the further it got scattered around. Yet finally the efforts seem to be falling into place with the team fuelled with a lot of power in taking on England successfully at home. Consider the Ashes earlier this year. While the performance of the team was in disarray, nothing worked on that tour. Perhaps on paper, England would still look more stronger than the Aussies. But the Australians have fought back and have done well to keep everyone’s surprised.

As mentioned in this article, the ability of the Australian team to stick together will determine a lot in how much success they attain as a team than the reputation of any single player. Clarke along with coach Darren Lehmann has brought a visible difference in the attitude of the team. Former Australian skipper Allan Border beautifully defined the role of a captain in a Daily Telegraph column post the 2013 Ashes this year. Border felt there are three dimensions of a captain. Two of them are performing as a batsman and being a shrewd on-field tactician. And the third is gelling with the team off the field. Border opined that Clarke might just have missed the third one. Looking at the way the Australian’s are playing as a unit, it seems, Clarke may have covered up this third front as well.

While we speak of his leadership, his form with the bat too has been good enough to inspire confidence in the rest of the team. In both the Tests so far, he has led the way with consecutive tons and the confidence is visible. Confidence is something each player thrives to maintain. The fluent run with the bat easily boosts the morale as a captain and vice versa. And it is evident in the way Clarke and Australians are performing.

Clarke and his team may go onto script many more series victories ahead and the Test side will crawl back to being a formidable force once again, but the biggest success story of Michael Clarke the leader will be winning this Ashes. The fact is that he completely turned around, what looked like a helpless situation into a winning team which could go on to regain the urn. With the young, vibrant and energetic approach, Clarke is on his way to be one of the finest captains of Australia. 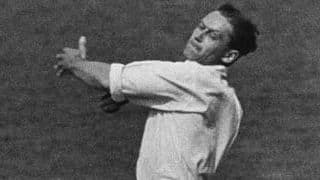 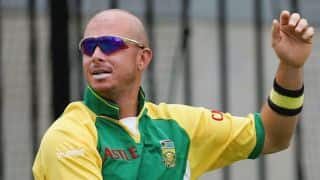