Arthur had famously said before semis, I don t want us to be unpredictable. As a head coach, you want the team to have structure."

Shahid Afridi epitomises Pakistan cricket, so does the country s political environment. Enigmatic, brilliant, frustrating, entertaining and volatile. Misbah-ul-Haq and Younis Khan tried bringing in a method. Coach Mickey Arthur has been trying the same. There were highs. There were lows. But Pakistan remained Pakistan. Or let us say, they remained so till Monday. We will come to that.

They have a humbler company in West Indies. Yes, the side they lost to, in the 2015 World Cup. The side they managed to eclipse in order to cling onto a spot in ICC Champions Trophy 2017. Less than a year back, Pakistan climbed to the No.1 Test ranking and months later they lost two Tests against the downtrodden West Indies.

However, T20Is are West Indies zone and not Pakistan s. They are the reigning World Champs. In less than a year s time, Pakistan have a 7-1 record against West Indies in T20Is. No team can match the volatility of a Pakistan or West Indies. When the cricket world were surfing on the IPL wave last month, far faraway in the Caribbean Isles, Pakistan and West Indies tussled in a Test series, which was expected to generate little interest. The sides ensured the climax reached a nail-biting stage.

Pakistan entered Champions Trophy as the No.8-ranked side. After being thrashed by India in their opening encounter at Edgbaston, they were being called fillers. Once upon a time, Champions Trophy was called the ICC Knockout. Reminiscent of the same, after the loss against India, every game for Pakistan became a do-or-die clash.

The No.1 ODI side, South Africa, was conquered without much fuss. The Sri Lanka game that was a virtual quarter-final saw them in a seesaw ride. Once cruising, they imploded before some ordinary fielding got them back. Coach Mickey Arthur called the win ugly .

Pundits hailed Pakistan unpredictable . Mohammad Hafeez said he likes the tag, Ian Bell wrote unpredictability is their biggest strength and on the eve of the semi-final clash, Arthur clarified that he prefers structure over unpredictability .

Much to the relief of Arthur and his staff, at Cardiff, a planned and structured show was on display against England. The semi-final was billed as the undefeated against unpredictable .

On a used surface at Cardiff that was expected to deteriorate further, Pakistan took the risk of fielding first. Already starting as underdogs they received a further blow when Mohammad Aamer was ruled out of the game with back spasms. Faheem Ashraf was brilliant at the same venue against Sri Lanka on Monday. Reading the pitch, they picked the teenager leggie Shadab Khan ahead of Ashraf.

Rumman Raees is opening the bowling against the most explosive batting unit. Who is he anyway? A debutant replacing Aamer in a Champions Trophy semi-final.J unaid Khan, a fringe player, at least that is what it seemed since he was ignored for the India clash and only made it to the XI at the expense of an injured Wahab Riaz, was the leader of the bowling pack. The major hopes rested on Hasan Ali, another relatively lesser-known entity.

Junaid and Raees started moving the ball into the right-handed openers and had them in discomfort. Raees claimed the in-form Hales. Less than 10 months back, Hales had slammed 171 against Pakistan at Trent Bridge.

Imad Wasim put the brakes on scoring, so did Hafeez. Shadab claimed England s best batter Joe Root, making him go for an expansive cut. Hasan foxed Jonny Bairstow with bounce and pace. The southpaws, Eoin Morgan and Ben Stokes, at the same venue tore apart the Australian bowling attack to shoo them out of the tournament. The pair were united at the crease and expected to bail England out. Hasan came round the wicket, angled the ball into the left-handers and got it to move away. Andrew Flintoff and Glenn McGrath in prime, any one?

Morgan perished to the ploy. The ever-entertaining Ben Stokes was reduced to frustration. He batted for over an hour-and-half, faced 64 balls for his 34 and failed to get a single boundary. Yes, we are talking about Stokes.

Add brains to skills and brawns; that was Pakistan on Wednesday. A rarity.

Aamer s absence never came to the fore. Talent or unpredictability could not have seen Pakistan through. There was a rare method. The bowlers bowled to a plan. The otherwise pathetic fielding had made way for brilliance. The Shadabs and Imads prowled on the ball to prevent runs of their bowling.

There were two tough dropped chances but they made up for it.

Fakhar Zaman. Again, who is he? He made his debut against South Africa last week and was playing in his third ODI. Already a key batsman in the unit, he plucked a catch by diving full-length at deep backward square-leg to send back Moeen Ali. Adil Rashid was run out courtesy a direct hit from substitute Ahmed Shehzad.

Sarfraz is a smart bloke. One can figure that out with the way he approaches batting. He was smart as a captain. He changed his bowlers well. He experimented and reaped rewards. He has joined the elite league of Imran Khan and Wasim Akram as the only other captains to have led Pakistan to a final of an ICC ODI event.

England were folded for 211 but again Pakistan s ability to self-implode had not ruled the hosts out of the contest. Azhar Ali and Zaman batted with a medieval approach reminiscent of the 1990s: a pinch-hitter going all guns blazing alongside the more established batsman. They put on a rare century opening stance. Azhar saw off a probing spell from Mark Wood.

Rather than reputations, they played for merits. Stokes was plundered for runs. He erred in line and was rightly dispatched. This rare planned and methodical Pakistan made going against the odds look easy.

I usually quote Ravi Shastri for humour. But he made a valid comment on Wednesday, Pakistan had two oppositions here. One England, one themselves. They conquered both.

Arthur had famously said before semis, I don t want us to be unpredictable. As a head coach, you want the team to have structure. You want the consistency levels to be good. Unpredictability as a coaching staff, we don t like. We d like us to do the basics a hell of a lot better, day in and day out, and that s what we train for every day. So we re getting better. We re making strides in that area.

This is the structured Pakistan he envisages. Making the final ahead of England, South Africa, Sri Lanka, New Zealand and Australia for a eighth-ranked side is no less than a fairy-tale.

Arthur had also said, You look at Fakhar Zaman; you look at Faheem Ashraf, Shadab Khan to a point, Babar Azam, when he came in, Hasan Ali when he came in. So the young guys coming in have taken it as a duck to water, which has been great. They ve come in with a great attitude. They want to learn. They want to work hard, and we’re getting some results out of them, which is fantastic news.

An unpredictable Pakistan can script folklores by springing surprises. A structured Pakistan can go on to be world-beaters, that too on a consistent basis. More than glimpse of the latter was on display at Cardiff. 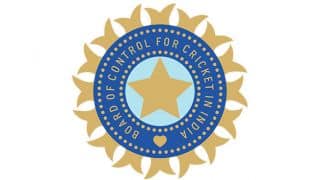