Mike Marqusee: The American who figured out cricket

Mike Marqusee: The American who figured out cricket

Apart from being the finest cricket writer, Mike Marqusee was also a renowned political activist.

Mike Marqusee, the finest of American cricket writers, was born October 26, 1953. Abhishek Mukherjee looks at the political activist who immortalised a World Cup, and more, with his pen.

Mike Marqusee was born in New York, and called himself a deracinated New York Marxist Jew ; he moved to Britain in 1971, and stayed there in London till 1977. A leading activist, Marqusee devoted himself to several political causes: he was the Editor at Labour Left Briefing and an executive member of Stop the War Coalition and Socialist Alliance. As Mike Davis once said, both in the eloquence of his writing and the deep humanism of his vision, Mike Marqusee stands shoulder to shoulder with the spirits of Isaac Deutscher and Edward Said.

But then, staying in England made Marqusee a connoisseur of the greatest of English pastimes: cricket. His first book was a novel, Slow Turn, revolved around the journey of a foreign cricketer in the subcontinent a place Marqusee fell in love with and his relationship with a female journalist.

He went on to pen two of the finest cricket books: Anyone but England: An Outsider Looks at English Cricket (named by The Observer among the fifty greatest sports books ever) and War Minus the Shooting: A Journey through South Asia during Cricket’s World Cup (without a doubt the most intriguing tour diary of World Cup 1996). In fact, he was so much into the sport that his book against one of the most heinous aspects of human psychology was titled Hit Racism for Six.

But there was more about Marqusee and cricket. He sought answer to the perpetual question that has intrigued us for decades in an article on The Guardian: Why do we play cricket? It was also the same man who, while writing of the Indian Premier League, stated: Critics of India s cricket innovation were derided but its disgrace reveals the cost of unleashing the private sector.

There was more; a lot more. Marqusee s philosophy of the sport (and I am not talking about the languid style here) was refreshing and unmatched by any other. Some may compare him to CLR James, but Marqusee certainly outdid James in his understanding of the sport; after all, when Marqusee wrote on cricket, the books revolved around cricket, and were backed by solid reasoning.

When University of Brighton named Marqusee an Honorary Faculty Fellow in 2005, it was for his contribution to the development of a critically-based form of journalistic scholarship in the social, cultural and political nature of contemporary global sport.

Marqusee was diagnosed with multiple myeloma in 2007, but that did not stop him from writing. As late as in 2014 The Price of Experience: Writings on Living with Cancer his account of battling the Emperor of Maladies came out. He eventually lost the battle, and is survived by his partner, the British barrister, author, and political activist Liz Davies.

He passed away in 2005, leaving a much, much poorer world behind him. 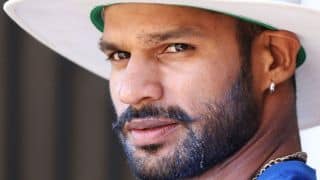