Mike Procter: 19 facts about the world-class all-rounder who too became a victim of apartheid

Mike Procter: 19 facts about the world-class all-rounder who too became a victim of apartheid

Michael John Procter, is a former South African cricketer, who is widely regarded as one of the greatest all-rounders of all-time.

Born, September 15, 1946, in Natal, Michael John Procter, is a former South African cricketer, who is widely regarded as one of the greatest all-rounders of all-time. On his 71st birthday, Suvajit Mustafi looks at 19 interesting facts about the gifted talent who became a victim of the apartheid era.

2. Pre-teen prodigy: Hailing from a family of cricketers, it was easy for Procter to choose his career. He hit five centuries at Highbury Preparatory School as a 12-year-old.

3. A keeper-batsman to off-spinner to a fast-bowler: Early on, Procter played in his school side as a wicketkeeper-batsman. Then his coach convinced him to bowl off-spin but later on he took up fast bowling and excelled in it.

4. Versatile sportsman: Procter was a natural athlete. He was fly half in the Rugby XV, and also made it to school teams of hockey, squash, lawn tennis and athletics.

5. Wrong-footed: As a fast bowler, Procter had an awkward chest-on action and it seemed that he was bowling off the wrong foot.

6. Cleaning kit in exchange of cricket: Procter toured England along with Barry Richards and Lee Irvine as a member of Wilfred Isaacs XI in 1966. At the same time the Garry Sobers-led West Indies side toured England. The young cricketers didn t have enough money to buy tickets for the Test but managed free entry in exchange of cleaning West Indian players kits. It must have been an experience for the white players who have grown in a nation in clutches of racism!

7. Shining with the ball on Test debut: Procter made his Test debut against Australia at Durban in January 1967. He managed only a run with the bat but claimed match figures of 7 for 98 in the match. Unfortunately, his Test career was limited to 7 Tests, where he scored 226 runs at 25.11 and picked up 41 wickets at 15.02.

8. Years of international isolation: South Africa were banned from international cricket in 1971 due to their apartheid policies and ICC refused to acknowledge the nation as a member. In South Africa: The Years of Isolation and Return to International Cricket Procter recalled his frustration.

He wrote, At the time I felt it would be a short ban, that soon we would be welcomed back into the fold. Then it dawned on me that we were in for a long period of isolation. He added, I was hurt, disappointed, angry at our own government and at world cricket s ruling authority. An international sportsman can t wait to have a go at opposition of equal stature, to test his mettle at the highest level. Now we South Africans were out in the cold.

9. Proctershire: He played for Gloucestershire in between 1965 and 1981 and fans jokingly called the club Proctershire for the amazing exploits of the South African all-rounder.

11. Between Sobers and Shastri: Mike Procter was the second cricketer to hit sixes off six consecutive balls in First-Class cricket, Garry Sobers being the first. Unfortunately, they did not come in the same over, against Somerset at Taunton in 1979.

He lofted the last two balls of left-arm spinner Dennis Breakwell s second over into the stands. At the other end, Ian Botham bowled a maiden to Andy Stovold. When Brian Rose asked Breakwell to continue, Procter lofted him over Taunton Stands in the direction of St James Churchyard. The next ball landed in the car park. The next, on top of the ground toilets.

Much to the joy of his Gloucestershire teammates, Procter swung his bat and sent the next ball through the window of the dressing-room.

12. After Fry and The Don: In 1971 Procter slammed 119 against Natal B, 129 against Transvaal B, 107 against Orange Free State, 174 against Eastern Transvaal, 106 against Griqualand West and 254 against Western Province in consecutive innings. In the process he became the third batsman after CB Fry and Don Bradman to score six back-to-back First-Class hundreds.

13. The walk-off: Transvaal XI and The Rest met in a high-intensity match at Newlands on April 3, 1971. Procter bowled the first ball to Richards before both openers (Brian Bath being the other) and The Rest fielders famously walked off in protest against Apartheid.

14. Hat-trick in the next game and all LBW: Procter didn t stop there. In the very next game against Yorkshire, Procter bagged another hat-trick, all trapped leg-before.

15. A good man-manager: Procter captained Gloucestershire from 1977 to 1981, leading them to Benson and Hedges Cup triumph in 1977. Later, as the director of coaching at Northamptonshire, he guided them to victory in the 1989 90 NatWest Trophy final. He was also the coach of South Africa in 1994 that beat England at Lord s by 356 runs. In 1969, Procter met tennis player Maryna Godwin and soon they got married. A year back, in the US Open, she reached the quarterfinal stage.

18. Controversial stint as match-referee: Procter became the ICC match-referee in 2002 and officiated 47 Tests, 162 ODIs and 15 T20Is. He did get involved in some unwanted controversies. He refereed the forfeited The Oval Test between England and Pakistan in 2006. Later, he also banned Harbhajan Singh for three Tests on charges of racism after the infamous Sydney Test of 2008 that saw the Monkeygate controversy. Sunil Gavaskar criticised Procter s decision, a white man taking a white man s word against a brown man. (link to monkey-gate) 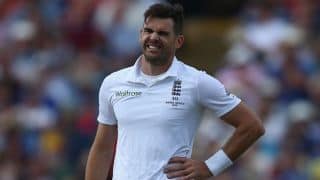