2.4 win-loss ratio of India Women on South African soil (12 wins, 5 defeats). Other than Sri Lanka (where India Women have played 16 and won all of them), this is their best in any country where they have played more than 6 matches. India have won their first two matches at Diamond Oval, Kimberley, while South Africa have won 1 here and lost 4.

178 runs was the winning margin for India Women today, their biggest against South Africa Women in South Africa. India bettered their previous record of 88 runs at the same ground two days ago.

134 highest partnership for any wicket for India against South Africa in South Africa, between Smriti and Harman for the 3rd wicket. The previous record was 127*, set by Punam Raut and Mithali Raj at Potchefstroom in 2017.

2 instances of an Indian innings consisting of a hundred and 2 fifties before today, against New Zealand in the 2017 World Cup. Mithali Raj had scored a hundred that day while Harman and Veda Krishnamurthy had got fifties. Smriti slammed today s hundred, with fifties from once again Harman and Veda.

4/24 figures for Poonam Yadav today, joint 2nd-best by an Indian woman against South Africa in South Africa. Jhulan had identical figures two days ago. Only Deepa Marathe, with freakish figures of 6-5-1-4 at Pretoria in 2004-05, has done better.

23 wickets for Jhulan against South Africa, joint-most by any woman. Lucy Pearson has 23 wickets as well. 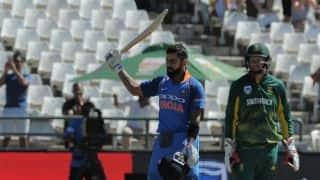 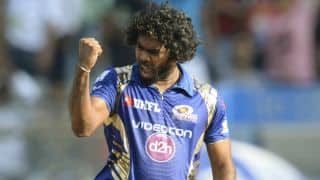