As Sri Lanka and Zimbabwe come out to play on Wednesday, Shere Bangla National Stadium, Mirpur will host its 100th ODI. Shere Bangla National Stadium will thus become only the sixth ground, after Sharjah Cricket Stadium (231), Sydney Cricket Ground (154), Melbourne Cricket Ground (148), Harare Sports Club (136) and R Premadasa Stadium, Colombo (124), to host as many ODIs. At Mirpur, the prime venue to host international matches in Bangladesh, as many as 42,327 runs have been scored and 1,477 wickets have fallen in the span from 2006 to 2018. Here are some top performances at the ground on the light of the event:

Highest total at the ground: India hold the record for highest ODI total at Mirpur. India started their 2011 World Cup journey against Bangladesh. They registered the highest total at the ground which is unbeaten till date. Though Sachin Tendulkar and Gautam Gambhir could not pull off anything special, Virender Sehwag’s 140-ball 175 and Virat Kohli’s unbeaten 83-ball 100 on World Cup debut were enough to destruct Bangladesh’s confidence. Tamim Iqbal (70) and Shakib Al Hasan (55) tried their best but could not match up to the level. Bangladesh lost the match by 87 runs.

Highest individual score: Australia were in Bangladesh to play a three-ODI series of which they had won the first. Victory in the second ODI, too, looked easy, as they restricted the hosts at 229 for 7. However, Shane Watson made things a bit too easy for his team, scoring the all-time highest individual score at Mirpur 185. He took only 96 deliveries to score those runs, hitting 15 fours and 15 sixes on course. He reached his 150 in 85 balls, which remained the fastest 150 till 2015. Australia won the match with 24 overs to spare.

Highest career runs: Tamim Iqbal (expectedly) holds the record of most career runs at the venue. He has 2,389 runs at Mirpur playing 71 innings at the ground, at an average of 34.62 and strike rate of 79.

Best bowling spell: In June 2014, when it is generally monsoon in Bangladesh, a second-string Indian side led by Suresh Raina had travelled to Bangladesh to play three ODIs. All the matches were rain-affected. In a must-win contest, Bangladesh pulled off a brilliant bowling performance, bundling India out for 105. While most of the spectators thought Taskin Ahmed’s 5 for 28 was the best bowling performance of the day, Stuart Binny outclassed him, bagging a 6 for 4 still the best bowling figures by an Indian and the cheapest 6-wicket haul in ODI history. They also remain the best ODI figures at the venue. Mohit Sharma bagged the other 4 wickets.

Most career wickets: Shakib Al Hasan has bagged the most wickets at the ground in ODIs. Bowling in 74 innings, he has bagged 104 wickets at an average of 24.93. 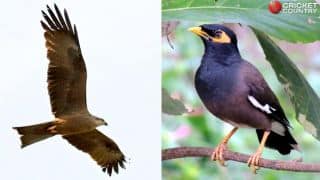 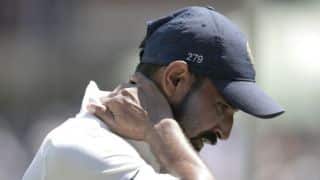