Misbah-ul-Haq, born May 28, 1974, is Pakistan s most successful Test captain.

Misbah-ul-Haq, born May 28, 1974, is Pakistan s most successful Test captain. Shiamak Unwalla looks at 12 little-known facts about the man who took Pakistan out from the depths of their match-fixing scandal in 2010 to the numero uno position in ICC Test rankings in 2016.

1. The full name; a foreshadowing?

Though he is known as Misbah-ul-Haq, what many people do not know is his full name: Misbah-ul-Haq Khan Niazi. If the name sounds familiar it is because of another great Pakistani captain; Imran Khan Niazi. Both men belong to the same Punjabi tribe, and are remembered as two of Pakistan s best captains.

Misbah earned his MBA from the Lahore University of Management and Technology. His degree must have come in handy when he was named captain of perhaps the most volatile side in world cricket.

3. The joys of captaincy

With 316 runs in ICC Cricket World Cup 2015, Misbah went past Imran’s record for most runs as Pakistan captain in the 1983 World Cup. Besides, he is the first Pakistan captain to win a Test series in West Indies.

Pakistan have won 11 Test series under Misbah-ul-Haq s captaincy out of 23 played. 7 series ended in draw and only 5 in defeats. Also Pakistan won 26 Tests under him, most under any captain.

5. Wisden Cricketer of the year

Misbah is only the fifth Pakistani captain to receive Wisden Cricketer of the Year award. Before him, Hanif Mohammad, Imran Khan, Javed Miandad and Saeed Anwar were the previous captains to receive this prestigious award.

6. The subject of ire

Scoring freely and with abandon was a liberty Misbah could never enjoy in ODIs, especially as captain. Being a part of a self-destructive ODI line-up, Misbah invariably had to drop anchor and play through the hara-kiri around him. As a result, his strike rate would rarely match up to those of his teammates (though he averaged far higher than any of them). He was sadly, and unjustly, labelled Tuk Tuk because of his slow scoring. His crawl during the ICC Cricket World Cup 2011 semi-final against India only added to this reputation. But Misbah was not entirely without his strokes…

After years of being the butt of jokes owing to his perceived slow batting, Misbah gave a resounding reply to his detractors, hammering the fastest Test 50 and 100 (in the same innings) against Australia at Abu Dhabi. Misbah got to his 50 off 21 balls before completing his hundred off 56 the joint fastest Test hundred along with the legendary Sir Viv Richards.

Misbah holds one slightly dubious record that might not be broken in the near future. He has scored the most runs and fifties in ODIs without ever getting to three figures. In 162 matches, Misbah scored 5,122 runs at an average of 43.40 with a highest score of 96 not out. Having retired from ODIs after the 2015 World Cup, Misbah has ended his ODI career without a century.

While Misbah might not have the most flattering ODI numbers, he holds one extremely impressive record. In the year 2013, Misbah scored the most ODI 50s in a year: 15.

Most cricketers ended their careers or at least winded down by their mid-thirties. Misbah was an exception to that rule. Making an international comeback at 33, he was elected Pakistan captain at age 36. He remained an active ODI cricketer till the age of 41, and bid farewell to international cricket in 2017 aged almost 43.

11. Born in the wilderness

Misbah was born in the cricketing wilderness of Mianwali in Punjab. “The culture there wasn’t such that you thought about playing for Pakistan. There was nothing like that in Mianwali. The cricket there isn’t the sort that you could say would produce great cricketers. Forget Pakistan, they hardly ever produced First-Class cricketers. Over there it is just for fun. You played because it was your passion,” Misbah had once told The Cricket Monthly.

Misbah made a name for himself in International cricket during the ICC World T20 2007. He was Pakistan s leading run-scorer, and nearly helped Pakistan beat India twice, but failed to deliver the knockout punch on either occasion. Misbah continued his love for India in Tests: He averages 116 against the arch-rivals with two 100s and one 50. In World Cup 2015, though Pakistan ended up losing to India, Misbah was the lone hope for Pakistan as he top scored for them with a fine 76. 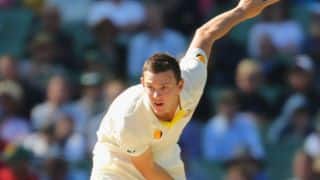 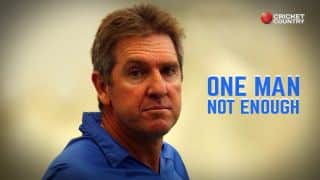