Mitchell Johnson is one of those cricketers, who in his eight years Test career has been one of Australia’s greatest bowler.

Born November 2, 1981, Mitchell Guy Johnson is one of those cricketers, who in his eight years of Test career has been one of Australia’s greatest bowler. At his best, he was simply unplayable and in a career spanning 73 Tests, he went on to claim 313 wickets, ended his career as Australia’s fourth highest wicket-taker behind Shane Warne, Glenn McGrath and Dennis Lillee. On the occasion of his birthday, Abhishek Kumar compiles 11 interesting achievements from his Johnson’s successful career.

1.  Johnson is the third highest wicket-taker in Tests among all the left-arm fast bowlers. Wasim Akram (414 wickets) holds the top spot, followed by Chaminda Vaas (355 wickets).

2.  Among all left-arm pacers in this century, Johnson has the highest number of wickets. He has picked 313 wickets in 73 Tests at 28.40.

3.  He bagged figures of 8 for 61 against South Africa at Perth in December 2008. This remains the best bowling figures by a left-arm fast bowler in Test cricket.

4.  He played his last Test at his home ground at Perth. He is the second highest wicket-taker at the venue. Glenn McGrath has 52 wickets from 12 Tests at Perth, while Johnson has 45 from 7 Tests at 22.77.

6.  Johnson is the highest wicket taker in The Ashes as a left arm pacer with 87 wickets at 25.81 in 19 Tests. He has three more wickets than the legendary Alan Davidson.

9.  He is the second Australian to take 300-plus wickets and score over 2000 Tests runs after Shane Warne. He is only the 12th player to do so.

11. He has troubled many good left-handed batsmen and has dismissed Alastair Cook and Graeme Smith for nine times in Test cricket. 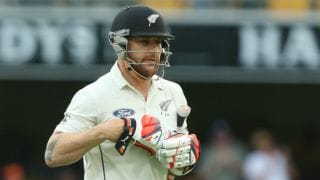 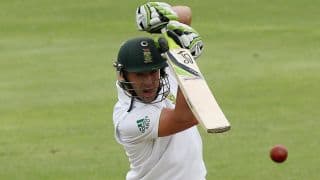