Mitchell Marsh and Shane Watson are in a close battle for the crucial all-rounder’s spot in the upcoming Ashes 2015. Both men have been in good form in the warm-up games, though with back-to-back centuries, Shiamak Unwalla feels Marsh will be integral to Australia‘s Ashes defence.

There is much to like about Mitchell Marsh. His domestic record is nothing to write home about — his First-Class batting average is merely 30.15 — but anyone who watches him bat knows that the younger Marsh is something special. Shane Watson faces tough challenge to maintain position

With back-to-back centuries against Kent and Essex, Marsh has shown that his batting has turned a corner. The signs were there for all to see during the Zimbabwe Triangular Series of 2014, where Marsh played two breathtaking but contrasting innings against Zimbabwe and South Africa. The latter, a 51-ball unbeaten 86, included three sixes in a row off Dale Steyn.

Australia’s starting XI for the first Ashes Test is more or less settled. Perhaps the one major selection headache is which of the two all-rounders — Marsh and Shane Watson — to start with. Watson is obviously the more experienced of the two, and batted reasonably well against both Kent and Essex. But given that Steven Smith and Michael Clarke will probably bat at Nos. 3 and 4 respectively and Adam Voges is almost certainly going to play, it will make sense for Marsh to be the enforcer at No. 6 ahead of Watson. Ashes 2015 without sledging will lack flavour

With ‘New England’ likely to go all guns blazing against Australia, they would like the thought of a powerhouse batsman like Marsh in the ranks. Marsh has shown repeatedly that he has the ability to bring the big hits out almost at will. He will be Australia’s answer to Ben Stokes, who will perform a similar role for England. It should also be kept in mind that Watson has been in poor form in Test cricket lately. Shaun Marsh unequipped to handle swinging ball; could get exposed during Ashes 2015

Watson, on the other hand, is definitely the better bowler. He manages to get the ball to swing, and is a canny bowler even on unresponsive surfaces. However, fitness has been a long-term concern for him: even if he manages to bowl a probing spell, it is not likely to be a very long one. Marsh, on the other hand, is a steady operator who can be used to keep one end tight. Australia have the likes of Mitchell Johnson, Mitchell Starc, and Josh Hazlewood who can take wickets, so Marsh’s role would be as a foil to them.

It will be a close call between Watson and Marsh, but the latter has the added flair that could go a long way in a series as intense as The Ashes. Australia will need Mitchells to fire to retain urn in England after 14 years 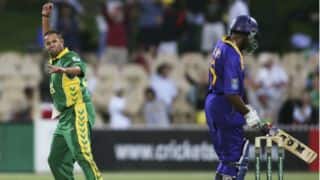 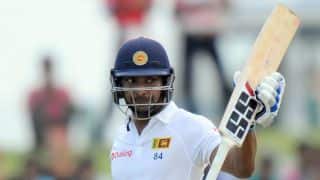