Inspired by this and after the overwhelming success of Chris Gayle starrer Godzilla, Vijay Mallya decided to add another star to his production by creating his version of Koi Mil Gaya.

Koi Mil Gaya (I Found Someone) is a Bollywood science fiction film, which released in 2003. The movie was a big hit because of its artistic mixture including science and extra terrestrial life, which was something new to Indian cinema. The film stars Hrithik Roshan and Preity Zinta in the lead roles. Hrithik, casted as Rohit, is casted as a man with limited intelligence and naive psyche, whose life transforms due to a freakish science experiment, which mobilises the aliens by mistake. An alien, later named Jadoo, transforms Rohit s life for the good. The film was a super-hit and critically acclaimed.

Inspired by this and after the overwhelming success of Chris Gayle starrer Godzilla, Vijay Mallya decided to add another star to his production by creating his version of Koi Mil Gaya. The film revolves around Virat Kohli and his team Royal Challengers Bangalore (RCB), which is owned by Mallya. For the past three years, despite of having a good side, RCB could not qualify for the Indian Premier League (IPL) playoffs. This year too, the side was in doldrums till the arrival of Australian speedster Mitchell Starc. Like Jadoo changed Rohit s fortune, Starc weaved his magic and brought a dramatic turnaround. Starc picked 18 wickets in league stages as RCB qualified for the playoffs for the first time in four years.

Mallya s Koi Mil Gaya is all about Kohli s camaraderie with Starc which changes RCB s fortune. More than Box Office success, all Mallya will hope for is Starc s jadoo to continue till the IPL final and help the side lift their maiden IPL. 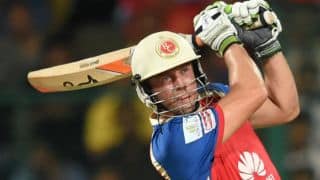 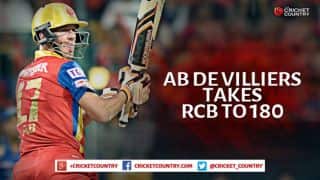