Moeen Ali is currently one of the most popular player of England side across the formats.

Born June 18, 1987, Moeen Munir Ali is a cricketer who represents England when playing for their international cricket team. He is currently one of the most popular player of England side across the formats. Moeen has been pretty good as an all rounder for England and has impressed one an all with his all round performances. Abhishek Kumar digs out 13 lesser known facts about him.

1. Cricketing family: Moeen is not the only cricketer in his family. In the family of three brothers and a sister, Moeen is the second youngest in his family. His two brother Kadeer and Omar has played for Worcestershire, Herefordshire, Leicestershire, Gloucestershire and Staffordshire. While his two cousins Kabir and Aatif have represented Hampshire, Lancashire, Worcestershire, Marylebone Cricket Club and Leicestershire. Interestingly, his father and uncle who are twins, are also married to twin sisters.

2. Young prodigy: Moeen started playing professional cricket at the age of 15 and since then, there has been no looking back for him. As he kept progressing and developing himself as a cricketer soon came the time when he represented England in all formats of cricket.

3. Family background: Moeen s parent hails from Mirpur part of Azad Kashmir also known as Pakistan occupied Kashmir (POK). It s quite difficult to understand whether he originally hails from Pakistan or India as his family came from one of the most controversial region between the two nations. It was his grandfather, who married a British national and then they move to England where Moeen was born. Apart from English, Moeen can understand Urdu and Punjabi as well.

4. Prayer room for Moeen: He has been the regular member of Worcestershire cricket team and has been provided with a prayer room by the county. Moeen revealed about this in an interview to Huffingtonpost.co.uk, I m very, very fortunate.. [Worcestershire] have given me a prayer room, time to pray, they understand fasting, they always seem to help me and, if anything, they encourage me [to practice Islam].

5. His iconic Beard: Moeen started growing his beard when he was 18 which is now a part of his identity. After some of his match winning performances for England, fans started dubbing him by saying The Beard That s Feared . Such lines were also seen on many T-shirts as well on Twitter and newspapers.

6. When Moeen gets into dangerous territory: Moeen in an earlier encounter with a Christian farmer had question about his conversion to Islam. Moeen stated in an interview, I asked him why he had become a Muslim.. I said to him: Why would you follow a religion which has [forced] marriages and all these wrong things? In return, he got an excellent reply as the farmer said, That s not your religion, that s from your culture, your Pakistani culture and from there we just started talking.

7. Moeen s stunning response to an abuse: In very same interview to Huffingtonpost.co.uk, Moeen spoke about a very interesting story where a drunken spectator abused him and he came up with an excellent answer to his fellow player by saying, This is exactly why we don t drink. These guys are out of control.

8. Worried over British Muslims joining ISIS and Al Qaeda: It s a known fact to the whole world that Muslims across the globe are joining ISIS and Al Qaeda. When Moeen was asked to comment on this, he said, It is a little bit worrying, as Muslims we need to understand the ruling behind [whether] guys can go [to fight]. From my understanding.. we re not allowed to go and fight.. We ve got to be patient as Muslims.. It doesn t mean sit back and let it happen. It s a tough one. We ve got to be stronger as Muslims; concentrate on prayer and following the sunnah . The strongest weapon we have as Muslims to is to make dua [prayer]. We ve got to be stronger, better Muslims.

9. Warned over wearing wristbands: In just his fourth Test, which was played against India at Lord s, Moeen wore two wristband in his left arm for which he was criticised. Both these bands carried messages Free Palestine and Save Gaza printed on them. At that time, more than 1100 Palestinians were killed because of Israel air assault on the Gaza Strip.

Match refree David Boon, International Cricket Council (ICC) were unhappy with his move for which he was warned further. But interestingly, England Cricket Board backed his decision to wear armbands and eventually made a statement by saying, Moeen has done nothing wrong.

10. Maiden Test century and heartbreaking partnership with James Anderson: In his second Test, Moeen played an excellent knock of 108 runs in the second innings to save the match for England. He was the only man from the side who was able to bat freely and remained unbeaten till the end and along with James Anderson, who got out in the last over of the match. Eventually, Anderson s wicket cost England that Test and series as they lost it by 100 runs. Both Anderson and Moeen added only 21 runs but they stand together for 20.1 overs.

11. Memorable Test series against India: In his second series for England played against India, Moeen rose as the main spinner for his team. Throughout the series, he troubled Indian batsmen the most taking 19 wickets at an impressive average of 23. He was the second highest wickettaker in the series, while also contributing with the bat. Scoring 124 runs, which included two half-centuries in the five match series.

13. Philanthropist: Being a philanthropist is another special side to Moeen. He is an ambassador of a programme named StreetChance, which provides free weekly coaching sessions of cricket in the deprived areas in U.K. In 2015, Moeen joined an international NGO named Orphans in Need as a global ambassador and also carried the charity s logo on his bat. 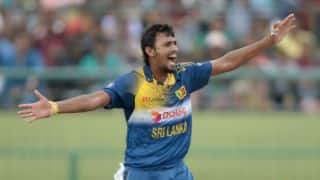 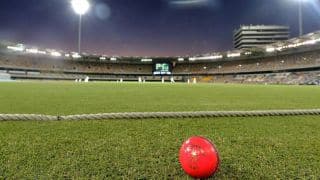