Alastair Cook shifts to Moeen Ali to not only give their regular bowlers some rest but also entice the opposition batsmen to go after him as he is still finding his feet.

After following an emphatic victory at Lord’s by Pakistan, they surrendered tamely to hand over England their fifth biggest win in terms of runs in Test cricket. England won the second Test of the four-Test series by 330 runs, and have now leveled the four-Test series at Old Trafford. Joe Root had a ball made merry in this Test, along with vital contributions coming in from Alastair Cook, Chris Woakes, James Anderson and Moeen Ali. The England spinner, compared to the others, is a silent performer for his side and he continued to play his critical role deftly in this Test as well. Since 2014, he has been handed given the responsibility of leading England’s spin attack solely and he has gone about his job aptly.  FULL CRICKET SCORECARD: Pakistan vs England 2016, 2nd Test at Old Trafford

How and why is Moeen getting wickets?

Moeen got five wickets in this Test. He picked up the important wickets of Mohammed Hafeez, Younis Khan (in the second innings) and Misbah-ul-Haq (twice in the match) apart from wiping out Pakistan’s tail. In the first Test at Lord’s, he had also dismissed Pakistan’s senior and most experienced duo, Misbah and Younis in the second innings. What is it that established batsmen give away their wickets to a not-so-established spinner like Moeen who is still learning his art?

Moeen was given a full go as England’s spinner in this series against a side well known for playing spin. He had a herculean task to stop the Indian batsmen from going after him. In the first Test, Moeen got three wickets in the entire match but was still not credited or noticed by all. The team management continued to bank upon him as their frontline spinner and in the crunch game at Lord’s and he was again among wickets. His significance increased after the third Test at Southampton. Leading the series 1-0 in the third Test, India were trailing a mammoth score of 569 for 7 posted by the hosts. Cook gave the ball to Moeen when India were doing reasonably well and he picked up eight wickets in the Test. Moeen had a total of 19 wickets against a line-up as strong as India’s well known for playing spin.

This not only led England to stage a comeback in the series, which they eventually won, but led to the emergence of Ali as their trusted off-spinner. Suddenly, everyone questioned India’s ability to play spin. The think where India conceded wickets to Moeen was because they, at first, thought of going after him for being a part-timer. Let’s analyse this situation more:

India threw their wickets trying to accelerate as they were struggling against the menacing pair of Anderson and Stuart Broad from the other end. When the ploy of attacking Moeen resulted in a sudden fall of wickets, they became too defensive against him. It was more of a physiological defeat against him. Nonetheless, Moeen had done his job and helped his side win the series 3-1.

After that series, Australia came went to England and Moeen chipped in with 14 wickets in the Ashes. He also picked up a few wickets against Sri Lanka. England won both the series and he again had a role to play in those wins. The frequency with which he is being able to break the shackles of the opponent team’s batting is increasing with every series. The team management has entrusted their full faith on Moeen to bowl as per his liking and field, and to unsettle the rhythm of the opposition team’s batsmen.  ALSO READ: Former cricketers slam Pakistan following 2nd Test defeat

Cook’s usage of Ali has also contributed to his success

The England Test captain has given his full backing to Moeen to make inroads as a wicket-taking off-spinner for England, especially in whites. Keeping in mind of England pacers’ workload, Cook shifts to Moeen to not only give their regular bowlers some rest but also entice lure the opposition batsmen to go after him as he is still finding his feet. This has worked well for Moeen and the team, as he has often provided the essential breakthroughs.

During the second Test, he was seen getting some tips from Pakistan’s former spinner, Saqlain Mushtaq and what was noticed was that he bowled a lot slower in the air. This enticed the batsmen to play their shots a little too early, also  and inviting them to come down the track. Moeen did get hit for runs, but he also picked up crucial wickets.

With two matches to go in the series against Pakistan, Moeen may again be their silent game-changer and help the team push for another series win at home. 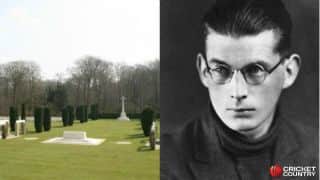