The fact-file proves that Kaif wasn’t handled well by the team management. He was an integral part of the ODI team and was dropped at the expense of Raina. Although Raina is more talented, Kaif would have been the better option. 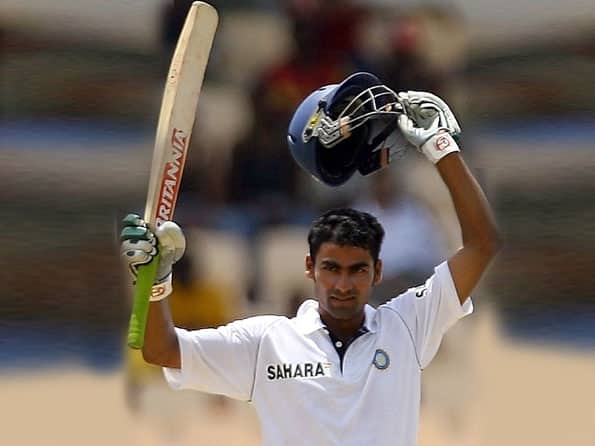 On a sunny day at Lord’s in July 2002, two young men announced themselves on the world stage with a show of rare defiance that turned a seeming impossibility into victory. While one went on to become the ultimate champion with performances that won India two world titles, the other faded away a few years down the line. Mohammad Kaif, the star of the NatWest Series final, touted as a long-term option for India, couldn’t hold on to his spot in the team.

Anil Kumble’s recent comments on Kaif’s possible utility to the Test team makes one go look back in time and see what went wrong.

Kaif’s 13 Test appearances were spread over six years as the timeline coincided with the era of India’s most formidable batting line-up. With Sachin Tendulkar, Sourav Ganguly and VVS Laxman forming the middle order, Kaif had to wait for his chances and compete with Yuvraj Singh to grab them. He made his Test debut against South Africa in 2000 as a 19-year-old on the back of India’s victorious campaign in the Under-19 World Cup. However, it was only in 2004 that he made a real impression with a few fighting knocks against the touring Australians. During that series, he came in place of the injured Tendulkar and held on to his spot even after the maestro returned as Ganguly picked up an injury.

Fast forward to 2006, when England toured India, Kaif bailed India out of trouble in the first Test with a fighting 91. Even that knock of substance wasn’t enough for him to convince the team management and they axed him for the remainder of the series. The tour to the Caribbean a few months down the line was his last in the whites – one during which he performed well and also recorded his maiden Test hundred.

Considering the facts, Kaif could have been given a longer run in the Test side. It may not have been a spot in the eleven, but he could have been kept in the squad. At the back of strong domestic performances, he worked his way back into the Test squad for the series against South Africa in 2008. Interestingly, the selectors chose Yuvraj ahead of Kaif for the third Test even though the southpaw had gone through a tricky phase.

Let us now track his One-Day International (ODI) career – one that ran parallel to his sporadic Test appearances. In the one-day set-up, Kaif had become an integral part as his electric fielding and stable batting at number seven added value. He was fairly consistent and it was only in the year 2006 that he ran into indifferent form. In the Caribbean though, he redeemed himself with three fifties and was one of the bright spots in an otherwise forgettable campaign for India. Astonishingly, that performance didn’t resurrect his career as the team management benched him for a number of games. They preferred the young Suresh Raina – who didn’t perform too well in the West Indies.

In the second half of 2006, India played numerous ODI series’. Raina played ahead of Kaif in most of them and didn’t justify the call. Kaif too didn’t perform and early next year, it was the right-hander who was axed from the setup. Raina was picked for the ODI series against West Indies in January 2007 despite all those failures.

The fact-file proves that Kaif wasn’t handled well by the team management. He was an integral part of the ODI team and was dropped at the expense of Raina. Although Raina is more talented and has done well since his comeback in 2008, at that stage he was clearly struggling and Kaif would have been the better option.

This vindicates Kumble’s statement, “Kaif has always been a solid, disciplined performer, and perhaps in the clamour for flamboyance, the selectors lost track of him.” The flamboyance of Yuvraj and Raina clearly beat Kaif’s grit. Despite being a good one-day player, the emergence of Raina deterred his chances in the ODI setup. Yuvraj on the other hand played ahead of Kaif in Tests on a few occasions despite the latter showing more solidity.

In the years after his axing, Kaif has been consistent at the domestic level. In the last five domestic seasons, his averages in First-Class cricket read as follows 58.41, 50.75, 45.60, 32.80 and 54.69. Keeping these numbers in perspective, Kumble’s arguments make a lot of sense as he continues to show consistency and solidity. As the veteran leg-spinner pointed out, Indian selectors may look for younger options in ODIs, but the 31 year old Kaif can be useful in Test cricket.

With the exception of Cheteshwar Pujara, India’s generation next failed in the Caribbean. One tour isn’t enough to judge these youngsters as they would be given more opportunities to prove their mettle. However, in case they don’t perform or inspire confidence, there would be no harm in giving Kaif another go. Subramaniam Badrinath is another player whose age works against him. Thus, given the selectors preference for younger alternatives, it is highly unlikely that Kaif or Badrinath may get a go in the near future.

Cricket is a game of uncertainties and nothing can be ruled out. Time and again, there have been a number of late bloomers who have made great contributions to their sides on the wrong side of 30. Michael Hussey and Mathew Hayden are two notable examples. The Indian selectors do not have the same mindset as their Australian counterparts and that prevents such encores in the Indian context.