Mohammad Nissar, born August 1, 1910, was the first man to take a five-wicket haul for India.

Mohammad Nissar, born August 1, 1910, was the first man to take a five-wicket haul for India. Shiamak Unwalla looks at 8 interesting things to know about the man who could well be one of the fastest bowlers India have ever produced.

1. India’s first ball in Test cricket: Nissar had the honour and responsibility of bowling India s first-ever ball in Test cricket. Playing against England at Lord s in 1932, Nissar opened bowling after Douglas Jardine elected to bat first. Nissar sent down the first delivery to the great Percy Holmes.

2. Announcing India to the world: Few would have imagined that India would have posed any problems to England, especially given that they were playing at home, but Nissar and Amar Singh soon had the fabled English batting hopping around. Nissar was especially potent; he bowled Holmes (6) and Herbert Sutcliffe (3) mere days after the legendary Yorkshire openers had put on a humongous 555 against Sussex. Nissar ended up with five for 93, as England were bowled out for just 259. The hosts eventually went on to win the match, largely due to the Indian batting being ill-equipped on their first outing, but Nissar and Amar Singh ensured that India made an excellent impression on its Test debut.

3. The legendary partnership: Though they played only 13 Tests between them, the Nissar-Amar Singh partnership is widely regarded as among India s most devastating ones in Test cricket. Both men were masters of the art of new-ball bowling, and while Nissar was undoubtedly the more dangerous of the two, Amar Singh complimented him wonderfully while bowling in tandem.

4. Faster than a bullet: Over half on his Test wickets (13 out of 25) involved getting the batsman bowled or LBW, usually an indication of having beaten the batsman comprehensively. Nissar could swing and cut the ball better than most, but those who saw him in action claim that he was faster than most Indian bowlers, and quite possibly (though it is unfortunately impossible to measure) India’s fastest bowler of all time.

6. Mind-numbing numbers: A look at Nissar s First-Class record shows the true extent of his amazing ability. In 93 First-Class matches, he took 396 wickets at a staggering 17.70 and a strike-rate of 38, with 32 five-wicket hauls and three 10-fors. These are phenomenal numbers by any stretch.

7. Bowing out in style: Nissar’s final Test came at The Oval in 1936. After England won the toss and chose to bat first, Wally Hammond and Stan Worthington put the Indian bowlers to the sword. They were 422 for three at one stage, before Nissar bowled a sensational spell that saw him take four wickets in five overs to reduce England to 468 for 8. Nissar ended with five for 120, but England won the match easily.

8. An early demise: Nissar passed away at the relatively young age of 52 in Lahore, Pakistan. Sadly for Indian cricket, the Nissar-Amar Singh partnership had ended prematurely as well following Amar Singh s death due to typhoid at 29. 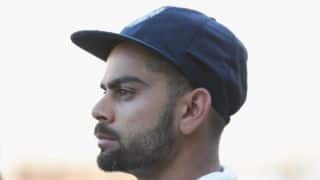 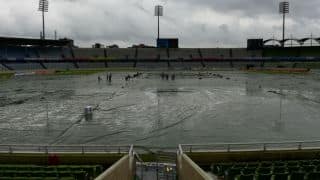 Bangladesh vs South Africa 2015, 2nd Test at Dhaka: Day 3 abandoned due to rain