Was it his opinion that there should be a change in captaincy? Was it his refusing to open his mind to suggestions? Or, did it have to do with the strange case of Lala Amarnath’s bat? Arunabha Sengupta tries to look at the reasons for the unceremonious exit of Mohinder Amarnath from the selection panel. 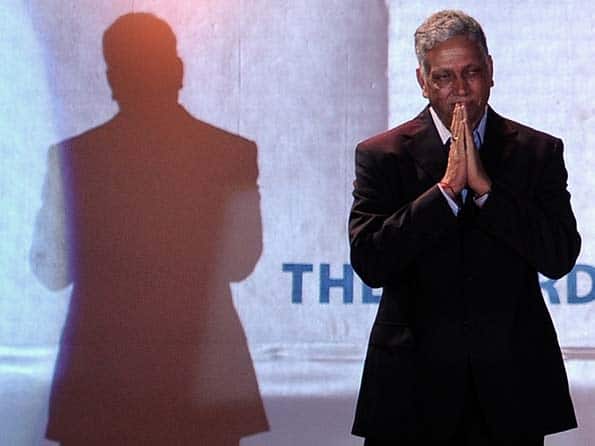 Goodbye… Mohinder Amarnath was sacked as a player in the years bygone, and now as a selector. The legend leaves Indian cricket, probably forever, hurt and humiliated © AFP

Was it his opinion that there should be a change in captaincy? Was it his refusing to open his mind to suggestions? Or, did it have to do with the strange case of Lala Amarnath’s bat? Arunabha Sengupta tries to look at the reasons for the unceremonious exit of Mohinder Amarnath from the selection panel.

One just needs to turn the pages of history 24 years forward or back, depending on whether the gutsy Indian stalwart ends up sacked by the selection committee or from it.

The reason for his being dropped as a player was clear enough. One cannot really get away after publicly denouncing the selectors as a bunch of jokers. Not unless one’s name was Sunil Gavaskar – the man who first said those memorable words – his synonym was “court jesters” – and batted on without a hitch. For lesser mortals it was tantamount to digging one’s own grave – it did not really matter that the selectors had ‘rested’ Amarnath because they wanted to give opportunity to younger players, and had chosen 32-year old Arun Lal as his replacement. Amarnath never played Test cricket again.

Now, history is – if not repeated – reflected on the other side of the selection panel. Once touted to be in line to replace Krishnamachari Srikkanth as the chief selector, Amarnath finds himself out of the five-man army. Logically he had looked set for a two year extension of his term, but the Board of Control for Cricket in India (BCCI) hurled the rule book at him, choosing a seldom used technicality. And this time, the reasons of his axing are mysterious – which is not entirely surprising considering how the BCCI has known to function over the years.

With the BCCI involved in the scheme of things, one is tempted to zero in on victimisation, conspiracy and skeletons in the coffer-filled cupboards. Indeed, it is further underlined because the name is Amarnath – a family whose members have often found themselves at the receiving end of organisational power, ever since Lala Amarnath was sent home during that infamous English tour of 1936.

One tends to listen to the various whispers floating about in the grapevine about Amarnath proposing a change in captaincy prior to the New Zealand series – something which did not go down well with the BCCI.

It is rumoured that Amarnath rooted for Virender Sehwag, an option that can be mildly termed as debatable – given the dashing opener’s disastrous performances in the recent past. However, if mere suggestion of alternatives indeed results in shunting of tenure, it makes one wonder about the workings of the committee.

In India, where jumping to conclusions have long replaced the official status of hockey and virtual stature of cricket as the national sport, it is relatively straightforward to link this to the extra privilege enjoyed by MS Dhoni as the captain of Chennai Super Kings, the franchise owned by BCCI President N. Srinivasan.

However, veteran journalist Ayaz Memon is not sure of this speculation. “The BCCI is too large, diverse and fragmented a body to accommodate such blatant power play,” he wrote in Mail Today. According to Memon, the axing may have its roots in Amarnath’s well known lack of negotiation skills.

There are also rumours that Amarnath’s approach to selection meetings was governed by a closed mind and fixated ideas, alienating him from his colleagues. So much so that even the North, the very zone he represented, rose up against him.

We can indeed speculate on the various points of view, but it can be more fruitful to look at the hard facts associated with the issue.

Recently, on Facebook, Amarnath had been scathing in his criticism of the BCCI officials, mentioning openly, “During Rahul Dravid’s felicitation, none of the top BCCI officials were present — very sad — but cricketers from all over the country were there — cheers to Rahul and fellow cricketers.”

While there are conflicting reports about the truth of this assertion, it had earned him no favours within the BCCI. According to DNA newspaper, there had also been other comments against the Indian Premier League, which the BCCI officials had taken up for discussion.

While Facebook is indeed social media, written or implied rules exist in all important organisations that keep the ones on the payroll from openly criticising the establishment in public. And if the employee in question is a public figure like Amarnath, some tactfulness is indeed necessary to avoid complications and confrontations.

The other damaging evidence we have is Amarnath’s curious choice of living quarters. He continued to reside in Goa, which is not even within the zone he represents on the committee. DNA reports a North Zone official as saying, “He draws Rs 40 lakh a year from the board but cannot stay in his zone.” It seems that Amarnath didn’t know all the players from his zone, and neither did he think it important to attend the Ranji Trophy semi-final last season.

This does seem to hint at negligence of duty and distinct lack of accountability.

The bat that mistimed by 64 years

There is, however, another story doing rounds. It seems that he donated his father Lala Amarnath’s bat to James Sutherland, the chief executive of Cricket Australia. BCCI supposedly did not like this.

If this has anything to do with the sacking of the man, it will be very surprising. Lala Amarnath was the skipper of the first Indian team that toured Australia, playing four Tests against Don Bradman’s team in 1947-48. The amount of respect Australians have for cricketing memorabilia hints that they would treasure the equipment of the first Indian captain to visit their land. In contrast, BCCI does not even have a cricket museum in any of their centres – a fact that continues to fox cricket lovers of England and Australia. So, why an ancient bat should suddenly become the bone of contention is a mystery – unless it is a convenient cause for finally falling out after months of tension.

Whatever be the true reason, the other evidence we have with us suggests that Mohinder Amarnath is badly hurt by the omission. On his Facebook page he has posted lines of Urdu poetry that can be roughly translated to:

My soul yearns to forsake this world –

And its selfish and heartless way;

Where beats of heart do speak of –

Lies and deceit at play.

Know not divine rule of life –

The debts we all must pay.

His wife Bickoo Amarnath responded to the post: “They will pay for their betrayal, one way or the other. God is great. Sab dekhta hai.”

Balvinder Singh Sandhu, a fellow member of the 1983 World Cup winning side, added on the same thread: “The person who speaks from the heart and (has) passion for the game is sadly most misunderstood. Jimmy you are (a) fighter and for me you will always be a great fighter.”

Amarnath’s response was brief: “Thanks everyone. Feel like a free man.”

The final sentence is eloquent in its brevity. Whatever be the circumstances, it cannot be more clear that Amarnath had been feeling claustrophobic and stifled as a member of the selection committee.

Unimpeachable facts: Why it is irrational to criticise MS Dhoni for dropping Virender Sehwag?