When there were run-out appeals at both ends but both batsmen survived due to the confused umpires.

August 26, 1976. Standing at deep fine-leg, a debutant Michael Holding threw down stumps at both ends, leaving both batsmen stranded mid-pitch. The confused umpires, upon much deliberation, ruled both men not out. Abhishek Mukherjee looks back at a bizarre throw and the circumstances that followed.

Tony Greig s Grovel comment had not gone down well with the West Indians. Viv Richards & Co. smashed them to pulp with his willow, but more significantly, Andy Roberts, Michael Holding, and Wayne Daniel battered the English batsmen. The Test series was lost 0-3. The Englishmen were left to lick their wounds.

They had probably rested their hopes on the 3-match ODIs that followed, though they had little reason to: West Indies had lifted Prudential World Cup 1975, and had been relentless throughout the tour.

The Scarborough match marked the ODI debuts of seven men (five for England, two for West Indies), three of whom Ian Botham, Michael Holding, and Graham Gooch went on to become greats of the era.

Clive Lloyd put England in, and Andy Roberts flattened Barry Wood s stumps first ball. He also removed David Steele, Holding got Bob Woolmer, and England were left reeling at 23 for 3 before half an hour s play had ended. Dennis Amiss added a gritty 34; Gooch added 32; but wickets kept falling, and England ambled to 145 for 6.

Graham Barlow, dropped at square-leg at 19 and by Bernard Julien off his own bowling at 38, tried his best to kept the English chins high. He was joined by Alan Knott, leading England for the only time in his international career. The pair would go on to add 36.

Knott leg-glanced; Holding, manning long-leg, picked up the ball and threw down the stumps at the striker s end. However, Barlow was found inside the crease. The moment the ball hit the stumps, the pair set off for overthrows.

Unfortunately, it was a Holding throw, which was completely different from anything Barlow and Knott had witnessed. The ball hit the wickets so hard that it ricocheted towards the non-striker s end and knocked that down too!

This led to some confusion, for both batsmen were stranded mid-crease. Wisden reported: Holding’s throw hit the nearest stumps with Barlow well in and he immediately called Knott for a second. However, the ricochet beat Barlow down the pitch and hit the stumps at the bowler’s end with both batsmen in mid-pitch, a fact confirmed by the television cameras.

Glasgow Herald referred to the incident as one of those strange occurrences which seem to be confined to cricket. They reported: Everyone, including the umpires, looked nonplussed when a throw from Michael Holding broke down the wicket at one end with the batsman home. The ball then raced on its way down the pitch to disturb the stumps at the other end, at which point it seemed that neither Barlow nor Knott were safe.

Lloyd appealed, and Arthur Jepson and David Constant had a long conference before ruling both men not out. The batsman had made his ground , was Jepson s explanation. The dislodging of bails at the bowler s end did not count.

Barlow eventually remained unbeaten on a 139-ball 80. Both Knott and Derek Underwood rose to the challenge, and England finished on 202 for 8.

Mike Hendrick bowled Roy Fredericks in the second over, but Richards kept on decimating the English bowlers the way he had been doing all summer. Gordon Greenidge, Lloyd, and Lawrence Rowe all provided with support before Collis King walked out to finish things off quickly.

Underwood was the only bowler to bother Richards to some extent. The fast bowlers were treated disdainfully, and with 14 overs left Scarborough witnessed King finishing the match with a six in the direction of Trafalgar Square . Richards finished on a 133-ball 119 not out.

– The West Indian dominance continued. Richards s 97 helped them pile up 221 at Lord s, and despite a debutant Derek Randall s gutsy 88 they succumbed against Roberts (4 for 27).

– The ODI whitewash was completed at Edgbaston: in a match reduced to 32 overs, Clive Lloyd slammed a 59-ball 79. West Indies amassed 223 for 9, Vanburn Holder claimed 5 for 50, and that was that.

Man of the Match: Viv Richards. 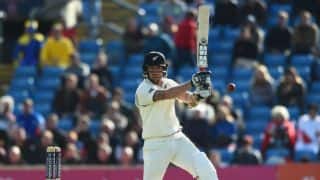 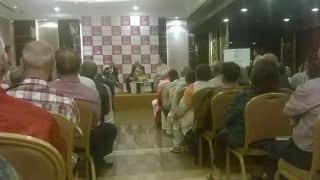