Tarot reader Shruti Chopra looks into her cards to give CricketCountry.com readers exclusive insights into what lies ahead in the IPL matches. In the below piece, she dwells into the Delhi Daredevils vs Royal Challengers Bangalore game – the second of the two IPL matches on Thursday. 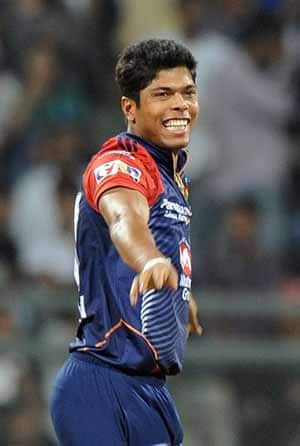 Tarot reader Shruti Chopra looks into her cards to give CricketCountry.com readers exclusive insights into what lies ahead in the IPL matches. In the below piece, she dwells into the Delhi Daredevils vs Royal Challengers Bangalore game – the second of the two IPL matches on Thursday.

The Daredevils will start off quite unsure and may feel the lack of potential coming through. Yet, like the Seven of Wands, they are looking to fight and put up a commanding performance. They have great self belief and supportive cards such as the Ace of Wands and the King of Pentacles. These cards reflect on their ability to be proactive and give it their all. They will need to be better focused in their batting.

Virender Sehwag will feel the pressure to perform. Despite some quick aggressive runs and working towards a recovery from recent form, he will find this innings tougher than expected. As a captain, he will steer his team well. Like the Four of Pentacles, he won’t be quick to reveal his ploys. He will build the team’s confidence and instill faith in their actions. He will be a supportive and strong leader.

David Warner will have a wayward start. With the Ace of Pentacles and the Knight of Swords combined, he will take unnecessary risks, which won’t pay off.

Mahela Jayawardene is like the Seven of Cups – confused on how to lead his innings. Despite a basic start, he will find it hard to capitalise on it.

Irfan Pathan is looking strong, aggressive and ready to pull out an all round performance. He will relish the challenge, but will need to compose himself better if he is to fulfill his expectations.

Morne Morkel is looking commanding and strong. He is blessed with the Emperor and the Empress, which will allow him to reap benefits off his intelligent game plan.

Umesh Yadav will build the team advantage. His bowling will be well directed and will carry the right dosage of aggression. A good day for him.

Varun Aaron will make the best use of a good opportunity. He will be strong, aggressive and will, like the Star, manage to pull the team out of tough situations, or even not allow them to get into one.

Virat Kohli is looking imbalanced as a batsman. He will need to remain calm. Else, the importance of this match will over shadow his abilities with the bat. He will look to remain balanced and with the Six of Wands, he does have the ability to get the team through, but yet, his mindset is looking weaker. As a captain, he may seem uncertain on what game plan to adopt, which will cause him to make weak decisions. He will be boosted by his team’s Sun like enthusiasm to keep going.

Chris Gayle will try too hard. It won’t be a free flowing innings despite the Knight of Wands showing his ability to be aggressive and play himself out of this phase. It will be a day of hard work.

Tillakaratne Dilshan will show great promise and moments of brilliance, yet the Eight of Cups shows disappointment and the inability to see his innings through.

AB de Villiers will have an unstable start, yet like the Four of Cups and Six of Swords he will be able to recover and play a firm innings. He will take on the challenge.

Mayank Agarwal will have a good day. He will shine, especially since he has the stability of the Page of Wands, the planning of the Ace of Swords and the ability to make important runs with the Three of Pentacles.

Zaheer Khan will find it tougher to get results, despite being economical. He will need to be more proactive if he is to receive success.

Harshal Patel will have a good start and will be successful. He will need guidance throughout his spell if he is to end it well.

Muttiah Muralitharan will have an uncomfortable day. He will be a wicket-taker, but not without it being a tough task for him, as shown by theTower card.

IPL 2012: Loss against Mumbai would have put pressure on us, says Gambhir