Morkel is one of the most feared bowlers in world cricket. Along with Dale Steyn and Vernon Philander, Morkel completes the lethal South African pace trio.

Morne Morkel is a giant literally and also for his stature in the game. Born October 6, 1984, Morkel is one of the most feared bowlers in world cricket. Along with Dale Steyn, Kagiso Rabada and Vernon Philander, Morkel completed a fierce South African pace trio. Suvajit Mustafi looks at 20 lesser-known facts about the gentle giant of South African cricket.

1. Cricketing family: The Morkels are an Afrikaner family who love their cricket. Morne and his elder brother Albie have played for South Africa. Malan, the eldest of the three, is also a cricketer who played for South Africa Under-19. Their father Albert has played a List A game for Southern Transvaal Country Districts.

2. Similarities with Albie: Both brothers bowl right-arm pace and bat left-handed. However Albie is more renowned for his lusty blows with the willow and Morne for his lethal bowling.

3. Backyard cricket:With the siblings heavily into cricket, their backyard did witness some intense classics. In an interview with CricketCountry, Albie said, Interestingly, Morne only grew into the big man he is today, later on in his life. As a youngster, he was very thin and wasn t very strong. So it was quite easy to boss him around! Little did we know then that he would turn into one of the best fast bowlers in the game. Our elder brother, Malan was also a very good cricketer. As kids we had our backyard Test matches and you can only imagine how intense they were. Many hours were spent playing cricket and many tears were shed. Of course, let us not to talk about the broken windows!

Being the baby in the family, Morne was often bullied. To ESPNCricinfo, he once said, In childhood, in the backyard. We had a lot of rugby and cricket games in that backyard and fought quite a lot you know, when you think you’re not out and they think you are. When I was younger, around 10-11 years old, he had things going much for him. I’m the baby in the family, so I pulled the short straw. Now the tables have turned. I’m 6ft 5in and Albie’s a bit shorter.

4. Donald s faith: Allan Donald spotted Morne Morkel quite early and has mentored him. Donald has constantly monitored Morkel s progress and that has done him a world of good.

5. A gentle giant: Physically, Morkel might be of a towering built but he isn t intimidating as a personality. His bowling partner Steyn is always pumped up and never shies away from having few words with the batsmen, but Morkel usually lets his bowling do all the talking. He was once quoted by the media as saying, Batsmen nowadays are so good at picking up the language of a bowler, and they start to think they are on top. So for me, I like to just keep it calm and relaxed.

However, he doesn t mind sledging his brother, Albie. In the same interview he said, I don’t really sledge a lot, but Albie and I sledged quite a bit. I’m trying to think of a clean one. Normally when Albie and I sledge, we do it properly.

6. First-Class debut:In 2004, against the touring West Indians, Morkel made his First-Class debut. He picked up two wickets in the game and one of them was the prized scalp of Ramnaresh Sarwan. He also scored a defiant 44 not out with the bat.

7. Most nervous moment to Test cricket: Morkel made it to The Rest squad against the touring Indians in December 2006. Morkel was nervous and in an interview with ESPNCricinfo, he recalled the moment, I had only played a handful of first-class games at the time I was picked for the A side in Potchefstroom. That day, they were all playing [Virender] Sehwag, [Sachin] Tendulkar, all the big five. I remember opening the bowling and I was very, very nervous because that was the first time I’d seen these guys face to face. That day, bowling that first over to Sehwag was probably when I was the most nervous in my life.

Morkel made a name for himself when he got the wickets of Sehwag, Tendulkar, VVS Laxman and MS Dhoni. Days later, he replaced an injured Steyn in the South African squad and soon got his maiden Test cap at Durban.

8. Test debut: Morkel first made a mark with the bat, scoring a fighting 31 not out at No. 10 and later chipped in with three wickets. He scored 27 in the second innings but went wicketless. South Africa won the second Test of the series and levelled it.

9. Africa XI: Months after his international debut, Morkel was selected in the Africa XI side that played an ODI series against Asia XI in 2007. All three games were played in India where there was little on the offering for fast bowlers. Morkel went on to pick eight wickets from the three games at 20.75. However Africa XI lost the series 0-3. Along with Steyn, Morkel remains the only one to make ODI debut for a continent side.

11. Filling up the large boots: He indeed wears large boots. His shoe size is 12 (UK size). Even in metaphorical sense he has filled in for large boots. Ever since South Africa s readmission to cricket, they have enjoyed a pool of great fast bowlers. When Morkel made his debut, he had the responsibility of filling in for the likes of Shaun Pollock and Makhaya Ntini. He has successfully done that.

12. Roz Kelly: In December 2014, Morkel got married to his long-time girlfriend Roz Kelly. Roz is a reporter with Channel Nine and they met when South Africa toured Australia in 2012.[Also Read: Morne Morkel gets married to Channel 9 reporter Roz Kelly]

13. Sporting heroes: As a youngster he followed Glenn McGrath and Shaun Pollock. He also looks up to golfer Charl Schwarztel who is also his schoolmate. Morkel is also a fan of Rafael Nadal.

15. Indian Premier League: Morkel has featured for three sides in the cash-rich IPL. Having played for Rajasthan Royals in the earlier editions, he later turned up for Delhi Daredevils, winning the Purple Cap in 2012. He has also played for Kolkata Knight Riders (KKR).

16. Greener lifestyle: It s a known fact that Australian pacer Peter Siddle has turned a vegan with the encouragement of his partner Anna Weatherlake. Morkel s wife Roz, an Australian and a friend of Anna, has ensured Morkel to focus on his health. Though Morkel still takes meat, he has cut it down and has adopted to a greener intake. He told ESPNCricinfo during the World Cup, I ve just cut out my sugar intake, I am very conscious about my sugar intake and the stuff I put into my body. I ve cut out fizzy drinks. I drink water and I’ll mix a lot of green smoothies.

Later that year, South Africa toured Australia and contested them in a hard-fought Test series which they managed to win it 1-0. Once again, Morkel stood out as the hero. He ended with most wickets in the tour 14 from 3 Tests at 28.50.

An injury forced him out of Test cricket for over a year, in between January 2016 to March 2017. However, Morkel returned as a better bowler. In the final year of his Test cricket (till penultimate Test), he picked 64 wickets from 14 Tests at 21.72 the best phase of his career.

19. Off to Pakistan: Morkel was hailed for being available for World XI as a part of their tour to Pakistan. The whole intention of the series was to bring international cricket back to Pakistan. Morkel played his role. His side played 3 T20Is as Pakistan hosted international fixtures after long.

Interestingly, he made his ODI debut for Africa XI and played his last T20I for World XI.

20. Rumours and retirement: Amid floating rumours that an insecure Morkel will go the Kyle Abbott way by signing a Kolpak deal, the lanky pacer on February 26, 2018, announced that he would retire after the home Test series against Australia. He cited family young family, foreign wife and international cricket’s stressful demands as the reasons.

The third Test of the series was marred by Australia’s ball-tampering controversy but Morkel claimed his 300th wicket in the Test and ended up being the match-winner for South Africa with a 9-wicket haul. He has the fifth most wickets for a South African bowler. Glenn Maxwell can be the best in the world: Aaron Finch 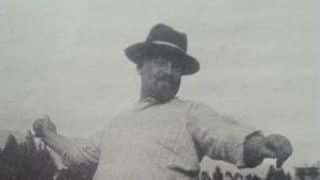