MS Dhoni was fined 10 per cent of his match fee for criticising an umpire’s decision during IPL2015 Qualifier 1 against MI.

MS Dhoni was fined 10 per cent of his match fee for criticising an umpire’s decision during Indian Premier League (IPL) 2015 Qualifier 1 between Chennai Super Kings (CSK) and Mumbai Indians (MI). While Dhoni did break the code of conduct, Shiamak Unwalla wonders whether the law is outdated.

Dhoni is a man known for his diplomacy. He rarely makes politically incorrect statements, and usually gives both blame and credit where it is due. If an opposition player has done particularly well, he says so; if his own team has not fulfilled expectations, he mentions as much. IPL 2015: Faf du Plessis feels one can learn a lot from MS Dhoni’s successful captaincy

So when he was asked in the post-match presentation about why CSK lost to MI, Dhoni’s response was intriguing: “We were soft on our batting. It’s always difficult to chase 180-plus. We lost momentum in the middle, and not to forget [Dwayne] Smith got a horrible decision.”

Make no mistake; the decision was quite an absurd one. There were more than a few incredulous gasps of surprise in the newsroom when the umpire raised his finger to a full-toss that seemingly struck Smith outside the leg stump. It was obvious that the ball would have missed leg by a long way; all three stumps were visible at the time of impact.

A bit of context might be in order here. Mohit Sharma had bowled the 19th over of the MI innings. He started with a huge wide outside off and was duly reprimanded. He conceded just one off the next two balls. The third was a boundary. The fourth ball was pitched on off and swung away. Kieron Pollard tried to slog and missed. It was marginal, but the umpire called it wide. A run and a wicket followed off the next two balls. Mohit bowled another one on off, Pollard again slogged and missed; the ball passed over the bat, but the umpire called it wide again. The final ball was hit for six.

An over that might have cost just seven went for 15 instead. Dhoni was seen arguing with the umpires about something at the end of the over. It is not known what the argument was about, but we may not be way off track if we make a guess that Dhoni was inquiring about the wides. MS Dhoni, Sachin Tendulkar, Virat Kohli: Films that could be based on cricketers’ lives

It might not have made much of a difference in the end, given that CSK lost by 25 runs. However, given the overall level of umpiring in this tournament — which has been quite pathetic — Dhoni merely said what was doubtless on the minds of a number of people.

According to the laws Dhoni was incorrect. But should the umpires be completely blameless? More importantly, should a player be pulled up for stating a fact? There is no contention that the decision was a “horrible” one. Dhoni did not attack the umpire personally, nor did he speak out against any of the other marginal calls. He merely stated that a batsman who has been in good form was given a poor umpiring decision that might have ultimately affected the game. MS Dhoni: Albus Dumbledore of the cricketing world

A few days ago, Virat Kohli was also rebuked for talking to his girlfriend Anushka Sharma during a rain break. Curiously, Yuvraj Singh was also seen joking with Kohli and Anushka. He was not reprimanded. To anyone watching the game, it was obvious that Kohli was just sharing a light personal moment with a loved one. Anurag Thakur on Virat Kohli’s code of conduct breach: No player is above the game

So in the space of a couple of days India’s Test and limited-overs captains were reprimanded for completely innocuous reasons, just because certain questionable laws exist. The laws themselves might not be wrong, but their interpretation could certainly use some work. 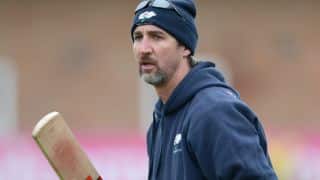 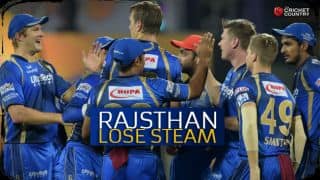