Australia have not lost an ODI at Eden Gardens.

The iconic Eden Gardens: India s most boisterous yet iconic ground gears up for its 30th ODI. It has also hosted 40 Tests and 6 T20Is.

Australia s Eden Affair: India have won 11 of 20 matches they have played at Eden Gardens, losing 8. Australia have played 2 ODIs, winning both; their first victory at this venue came in the 1987 World Cup final, the very first time they won the flagship tournament.

The local boy Sourav Ganguly was injured for the final. Australia put up 235 for 5 in their 50 overs, and went on to beat the Rahul Dravid-led India by 37 runs.

So, Australia have won two finals here! Some solace for 0-1 trailing Australians.

Smith s century: Australian captain Steven Smith is set to play his 100th ODI. He will be the 27th Australian to achieve this. Ricky Ponting, with 374 ODIs, leads the list.

Faulkner eyes century: James Faulkner already has an ODI hundred against India. If he gets a four-for at Kolkata, he will be the 17th Australian bowler to have claimed 100 ODI wickets. Brett Lee and Glenn McGrath top the list with 380 and 381 wickets respectively.

Dhoni s triple-century for India: A few weeks back MS Dhoni became the sixth Indian cricketer to play in 300 ODIs. He is now set to play 300 ODIs for India. He has appeared in 3 ODIs for Asia XI.

Kohli eyes Yuvi s slot: When Virat Kohli will reach 23, he will be the sixth highest run-scorer for India in ODIs. He will surpass Yuvraj Singh s tally of 8,609 runs.

Shami’s chance for impossible: When it comes to Kolkata, emotions take precedence over logic. Local boy, Mohammed Shami, if he gets a game will have plenty of support. If he gets a 9-for, he will be the 18th Indian bowler to the 100-wicket mark in ODIs. That s too far-fetched. Even if he gets a 4-for, here’s his chance to topple Virender Sehwag and land on the 18th spot (most wickets for India in ODIs).

India s chance to topple South Africa: If India win this series, they have a chance to grab the top spot in ICC ODI Rankings. In that case, they will have toppled South Africa.

But here s another chance for India, record-wise. India and Australia in recent times have locked horns in high-scoring contests: if India get another score of 350 or more, they will have toppled South Africa, to be the side with most 350-plus scores in ODIs; currently, India and South Africa are tied at 24. 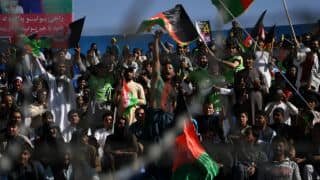