Mukundrao Pai became the first ever Indian to score a century on First-Class debut against the Europeans at Bombay Gymkhana in 1906-07.

It was the Bombay Presidency Match of 1906-07, played between Europeans and Hindus at Bombay Gymkhana. The match started on February 28, 1907. The scorecard does not record who won the toss, but shows the Hindus, under CV Mehta, taking first strike. The 1st-innings total amounted to 194, built around an innings of 107 by a young man, not yet 24, one of the three debutants for the Hindus team, going by the name of Mukundrao Damodar Pai. This effort caused an immediate sensation because, with this three-figure knock, Mukundrao Pai became the first ever Indian to score a century on First-Class debut. The next highest scorer in the innings was opener SK Divekar with 29. For Europeans, Stanley Crump, playing the first of his only 2 First-Class matches, captured 5 for 36, while Essex right-arm medium-pacer William Faviell got 3 for 40.

Under “Jungly” Greig, Europeans could muster only 138 in response, the top-scorer being HC Cheetham with 53. For the Hindus, Palwankar Baloo, the left-arm orthodox spinner and perhaps the greatest exponent of the art and science of bowling in the early years of Indian cricket, took 7 for 57, and PA Erasha, 3 for 53.

The Hindus did better in the 2nd innings with 263, with solid performances from Baloo (53) and Pai (44) again. This time it was Herbert Hoare (5 for 55) and John Turner, one of seven cricketing brothers, with 3 for 11, who were among the wickets. The Europeans scored a miserable 81 in their 2nd innings, Baloo (6 for 44) and Erasha (3 for 27) again taking the bowling honours. The Hindus won this landmark game for First-Class cricket in India by 238 runs.

Pai toured England in 1911 with the All-India team led by the then teen-aged Maharaja Bhupinder Singh of Patiala, the first official tour of Britain by a full Indian team. The tourists played 23 matches in all, 14 of them of First-Class status.

Pai played 4 of the 14 First-Class matches on the tour, against Oxford, Warwickshire, Northamptonshire, and Leicestershire, scoring only 51 runs with a highest of 24. It was a major disappointment for both himself and the team. On the other hand, Baloo picked up 114 wickets on the tour in all at an average of 18.84, 75 of them in the First-Class matches.

The tour as a whole had a definite educative value for the tourists, who won 6, lost 15 and drew 2 of the 23 matches played. Of the 14 First-Class matches, 10 were lost, 2 drawn, and only 2 won, against Leicestershire and Somerset. The tourists came back with a fair idea of the standard of their own collective game in comparison to the well established standard of County cricket in England, and some idea about how to employ as well as negotiate the swinging ball in the heavy atmosphere on English grounds.

Having been elevated to captain of Hindus in 1912-13 (there is some historical reason to believe that his being a Brahmin had something to do with this), his next notable batting performance was in the Bombay Quadrangular of 1913-14 against Europeans in September, when he scored 39 at the top of the order. Pai shared a 1st-wicket stand of 80 with wicketkeeper Divekar (47), in a total of 171. He was not required to bat in the 2nd innings as his team won the match by 7 wickets.

Pai’s captaincy issue was, unfortunately, linked with the social infrastructure of the time, as elaborated by James H Mills in Subaltern Sports: Politics and Sport in South Asia. It is on record that in 1913, Baloo was joined in the Hindus team by his brothers Shivram, Vithal and Ganpat. Mills goes on to write that as reported in Bombay Chronicle of November 1, 1913, that Pai was the captain.

Pai had been lauded by his caste association, the Gowd Saraswat Brahmin Mitra Mandal, for achieving ‘the highest honour to which a cricketer can aspire’. In his reply, the modest Pai had thanked his community for the reception they had hosted for him but had made it abundantly clear that he was uneasy with the politics of his position. He had stated categorically that ‘the honour of captainship should have been given to his friend Mr Balu, he being the senior and experienced player in the team’.

Against the Parsees in the Bombay Quadrangular of 1915-16, he scored 15 and 34 not out in a drawn match that was awarded to the Hindus on a first-innings lead. In his next match, in the final against Europeans, Pai scored a respectable 46, batting in the middle-order in the 1st innings, but registered a duck in the 2nd innings while opening the innings. The Europeans won the match by 10 wickets.

Apart from his debut century, Pai’s only other fifty came in the final of the Bombay Quadrangular 1917/18 against Parsees at Bombay Gymkhana in December 1917. Pai top-scored with 75 in a 1st-innings team total of 251, the next-highest scorer being SM Dalvi with 39. Although the Hindus originally had Vibhakar Mehta as wicketkeeper, ha was unable to carry on in that position in the Parsees 1st innings; CK Nayudu kept in his place, catching out his opposite number in the Parsee team and even effecting a stumping. The match ended in a draw.

Things went downhill for Pai after that and he played his last First-Class match, a drawn game, in the final of Bombay Quadrangular 1920-21 Final against Parsees. He scored only 2 in the only innings, in a total of 428. CK, with a polished 121, and wicketkeeper Janardan Navle, with 96, were the main scorers. By coincidence, this was Baloo’s last First-Class match as well. There is an interesting tale attached to this last match.

It is said that in 1920, Ganpat passed away and Baloo was dropped from the team in view of his age before the match against the Muslims in the 1920-21 Bombay Quadrangular. This raised a furore because, his age notwithstanding, Baloo was undoubtedly the best bowling option for the Hindus.

His other brothers, Shivram and Vithal, both senior players by then, dropped out of the team in disgust. Pai was not in the team for the match against the Muslims on account of ill-health, DB Deodhar replacing him as captain. The upshot of all this was that Baloo was recalled, along with his brothers for the next match against the Parsees.

Restored to health, Pai was once again named captain in his last First-Class match, with Baloo as his deputy. It is reported that during his last match, captain Pai, out of his appreciation of Baloo’s undoubted seniority and skill, spent a considerable time off the field, allowing his deputy to lead the side in what turned out to be his (Baloo’s) last match also.

Apart from the First-Class matches, Mukundrao Pai is also on record as having played 5 Second-Class matches, 4 of them for the Indians during the tour of Britain in 1911, playing against South Wales, Staffordshire, North of Scotland, and Ulster. His other match was for PJ Hindu Gymkhana against the visiting Ceylonese side at Bombay in December 1919. In these 5 matches, his highest score was 35.

There was a twist in the usual tale of First-Class cricketers taking up occasional umpiring duties as far as Mukundrao Pai was concerned. He umpired in a First-Class fixture, the Bombay Quadrangular 1916-17 game between Europeans and Hindus at Bombay Gymkhana, along with HJ Cumber; each team nominated one umpire, as was the extant custom of the time.

In Cricket and Politics in Colonial India, Ramachandra Guha speaks of a famous English cricketer, an army Major, being at odds with the umpire (MD Pai) and refusing to accept his decision. Pai, a strict disciplinarian, stuck to his point, and in a gesture of bravery, very summarily ordered the cricketer off the ground.

The episode did not end there. The irate Major then wrote an “interperate” letter to the Hindu Gymkhana, casting aspersions on the character and competence of MD Pai. The Gymkhana stood by the umpire and refuted all allegations against his competence and character, on the other hand, advising the Major that in this most English of games, the umpire’s decision is always final and irrevocable. Guha notes that it was later reported in Bombay Chronicle of September 23, 1916 that, up to that time it had been the general custom for each of the contesting teams to nominate one umpire for the game.

In the aftermath of the controversy generated by the incident mentioned above involving Pai, Hindus were able to convince the British of the idea of “neutral umpires” for these Bombay Quadrangular matches, suggesting, for example, that a Muslim and a Parsee should supervise when Hindus played Europeans. In a sense, then, this fracas involving Pai and the subsequent adoption of the suggestion for the Bombay Quadrangular predated the ultimate routine deployment of “neutral umpires” in international cricket matches by a good 75 years.

This pioneering debutant centurion Mukundrao Pai breathed his last on August 5, 1948 at Bombay, leaving behind a legacy that many other illustrious names would follow in later years, and the kernel of an idea that was to become global in the years to come. 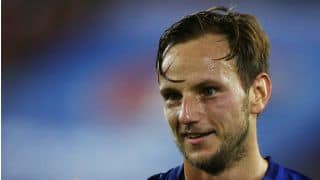