They are the two most anticipated, but contrasting, Test matches in the recent times. So far are they distant from each other that it seems only cricketing conventions bring them together.  India vs West Indies Test series has been scheduled to farewell a champion. On the other hand, the first Ashes Test is a continuance of cricket rivalry that date back well over 100 years. 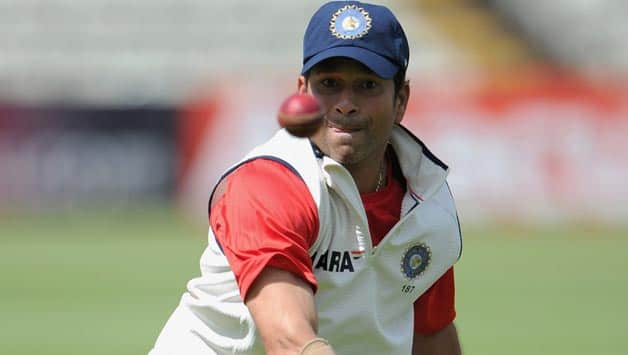 They are the two most anticipated, but contrasting, Test matches in the recent times. So far are they distant from each other that it seems only cricketing conventions bring them together.  India vs West Indies Test series has been scheduled to farewell a champion. On the other hand, the first Ashes Test is a continuance of cricket rivalry that date back well over 100 years.

Both Test matches are expected to be played before capacity crowds. The interest and the hype are parallel, but for diverse reasons. While the crowd at the Gabba, Brisbane, eagerly awaits the contest between both teams, in Mumbai it is all about an individual.  The Gabba will be packed for all five days cheering on the home team. In Mumbai, the duration of Tendulkar’s innings will dictate the crowd numbers.  Objective of an Australian fan in Brisbane is to witness an Australian win, a fan in Mumbai will still be satisfied with Tendulkar century or even a half century even if it comes at the cost of their nation losing the Test.

Not only are the motives dissimilar the administrators and governance in Australia have always ensured fans are given the priority over VIPs.  Only 10% of the tickets in Mumbai are available to general public. They are sold on third party website that cannot handle the huge burden of traffic (20 million requests) and there are simply no alternatives.  To put it in perspective, the ticket for the Brisbane Test match were sold through event ticketing company almost three months before the Test match.

Only 5,000 tickets are available to the public at Wankhede Stadium, which has a capacity of 32,000. The rest are distributed amongst afflicted clubs.  So, an average fan has to pray for a miracle or know someone associated with one of the 350 clubs and hope they can help them with a ticket. The most passionate of the fans will rarely get a chance to witness their hero. The Gabba Test, on the other hand, has more than 30,000 tickets made available to the public.

No doubting the passion of Australian cricket supporter, but when it comes to fan following, India is streets ahead.  It will be sad to witness the spectacle in Mumbai without the ardent fans.

Apart from the ticketing saga, the talking point of Ashes Test match has been around cricket itself. Selection, tactics, strategies and the build up are the stories are font page stories. Greats of a bygone past have expressed their opinions and game of cricket has been used to promote the event.

In India, the news has tended to also focus on the celebrities that will attend the match and the farewell planned for Tendulkar.  The Mumbai Test match has been promoted by sponsors, advertisements and companies seeking financial benefits, forgetting the game of cricket and using Tendulkar as a brand rather than a cherished cricketer.

One sport, two different cultures: That’s how one can best describe the Test matches at Mumbai and Gabba.