Mumbai’s batting department had a major role to play throughout the tournament, and especially towards the crucial stages.

Mumbai Indians (MI) joined the ranks of Chennai Super Kings (CSK) and Kolkata Knight Riders (KKR) to become the third team to win two editions of Indian Premier League (IPL). They did so by defeating their old nemesis CSK in the grand finale of the eighth edition at the Eden Gardens in Kolkata. Amit Banerjee reflects on a typical rags-to-riches journey for MI in IPL 2015. IPL 2015: The CricketCountry XI of the tournament

Barring the first two editions, Mumbai Indians have been tagged as favourites for a berth among the top four, the consistency of which is found in only Chennai Super Kings. This year’s edition was no different. Mumbai did not have the most ideal start in IPL 8; whether it was skipper Rohit Sharma’s gaffe in the opening ceremony, Mumbai Indians losing their opening game to defending champions KKR by seven wickets, or looking to finish at the bottom of the table by losing five out their first six games. Nothing was working out for the Mumbai Indians, and they seemed to head for their first non-playoff finish since 2009. IPL 2015 Highest run-scorer: List of best batsmen in IPL 8

Things took a turn for the better following their victories against Royal Challengers Bangalore (RCB) and Sunrisers Hyderabad (SRH), and the introduction of New Zealand pacer Mitchell McClenaghan turning out to be the lucky charm for the Nita Ambani-owned team. MI’s transformation from the hunted to the hunter in the next few games is one that will inspire teams in the coming years. IPL 2015 Highest wicket-taker: List of best bowlers in IPL 8

Towards the playoffs, MI were firing on all cylinders. With superior fielding, a strong batting line-up, and the bowling combination of McClenaghan and Lasith Malinga, with Harbhajan Singh and J Suchith in the middle overs, Mumbai steamrolled SRH in the final game of the group stages to make it to the playoffs. Once there, they crushed CSK in both the Qualifier and the final. IPL 2015 Most 6s and 4s: List of most dangerous batsmen in IPL 8

Mumbai’s batting department had a major role to play throughout the tournament, and especially towards the crucial stages. The successful opening pair in Lendl Simmons and Parthiv Patel got their side to a good start more often than not, which had a fair say in most of their games. IPL 2015 most dismissals by wicketkeeper: List of best wicketkeeper in IPL 8

Whether it was the 111-run stand in the victory against Kings XI Punjab at Mohali, or the 106-run partnership during the chase of the 114-run target set by SRH in the final game of the tournament, the pair answered the doubts for the top two positions in the batting order that the combination of Rohit Sharma and Aaron Finch had created earlier in the tournament. MI vs CSK, IPL 2015 Final at Eden Gardens Highlights

Skipper Rohit Sharma, Kieron Pollard, Hardik Pandya, and Ambati Rayudu too had a major role in rising to the occasion when the openers failed to get them off to a good start. The skipper’s impressive knocks against Kolkata Knight Riders (KKR) and more importantly his 50 off 26 balls against CSK in the final showed not only his dominance at the Eden Gardens, but also his ability to steer his team out of trouble as well as clear the path to victory for them. Pollard and Rayudu, along with Pandya, were crucial in getting the quick runs along for their team, after a relatively slow progress in the early and middle overs. Pollard’s 41 off 17 balls, that guided MI to a competitive 187 in the first qualifier, is a testament to this fact. MI vs CSK, IPL 2015 Final: IPL’s most celebrated rivalry at grand stage will sweep nation of its feet

As far as the bowling department is concerned, they were terrible in the initial stages, and played a major role in the defeats. Malinga, the leading wicket-taker in IPL history, looked a shadow of his former self. He also had no proper support, with Vinay Kumar, Pawan Suyal, and Corey Anderson not being the most effective in their role. McClenaghan, who has been rising among the ranks in New Zealand, was effective for the most part during his stint in the latest edition of the IPL. Aside from being miserly in terms of conceding runs, he was effective in getting the early advantage for his side, which was prominently displayed against SRH at Mumbai (three for 20), Rajasthan Royals at Mumbai (three for 31), and SRH at Hyderabad (three for 16). Indian Premier League (IPL) 2015: Statistical review of IPL finals

Let us not forget the role that Harbhajan played with the ball. If McClenaghan got the early advantage for Mumbai, it was ‘Bhajji’ who got the crucial breakthroughs (such as Suresh Raina in the final). He also choked up the flow of runs for the opposition to force them to go for the risky shots. Combined with some hard hitting (especially his 19-ball half-century against Kings XI Punjab), Harbhajan was a real gem for the Mumbai Indians in their successful journey. Let us not forget the role of Suchith, who proved to be an able support to Harbhajan in the middle overs. Mumbai Indians vs Chennai Super Kings, IPL 2015 Final: Key Clashes

Last but not the least, one cannot forget the role of the coaching staff, which boasts of some of the greatest names in the history of the sport – Ricky Ponting (head coach), Sachin Tendulkar (mentor), Anil Kumble (chief mentor), Jonty Rhodes (fielding coach), and Shane Bond (bowling coach). The mere presence of these individuals in the dugout would serve as an inspiration for any team in the world. Rhodes managed to transfer some of his fielding magic in the youngsters in the side, who showed sharp skills on the field on most occasions. IPL 2015 Leading fielders: List of Best fielders in IPL 8

Mumbai Indians’ epic journey in IPL 8 will serve as a cherished memory for its fans in the years to come. Indian Premier League (IPL) 2015: Complete coverage 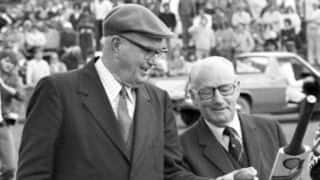 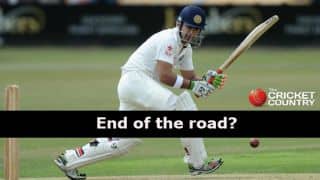 Is Gautam Gambhir’s international career over?