MI have recorded a magical turnaround in IPL 8 so far, and would like to end it on a good note.

Mumbai Indians (MI) face Chennai Super Kings (CSK) for the third time in an Indian Premier League (IPL) final. Eden Gardens is all set to host the title clash between the two heavyweights. Nishad Pai Vaidya writes how MI’s fearless style has to persist on the big day to have a chance of beating the intimidating CSK.

The team winning the first Qualifier has gone on to win IPL in three out of the four times the playoff format has been used. The only time a team was beaten in the final after winning the first Qualifier was in 2013, when CSK lost to MI at Eden Gardens. Two years down the line, CSK and MI battle for the title yet again on the hallowed turf of Indian cricket for the big prize. The only difference being that MI got through to the final before CSK did. READ: Rohit Sharma urges MI to pull off one last effort during IPL 2015 final vs CSK

Looking back at their campaign, MI can be proud of their efforts irrespective of the result on Sunday. Only the biggest optimist in the sport would have given them a chance of making it through to the playoffs, let alone the final, once they had slipped to four consecutive defeats to begin their campaign. If their resurrection in 2014 was great, this one was nothing but spectacular. Back in 2014, they made a backdoor entry with a thrilling win over Rajasthan Royals (RR) in their last league match with net run-rates coming into play. This year, they managed one better by sailing to the second spot. READ: Parthiv Patel credits “brilliant execution of plans” for turnaround

What MI’s campaign has shown is that the start to a season is far from being a reflection of how a team would progress. In an open season like IPL, that perhaps holds more ground. Consider RR, for example: They started off with five victories before a string of defeats put their campaign in jeopardy. They only sealed passage through to the playoffs following their last league game. Towards the later stages they were not at their best, and perhaps the fourth spot is the best they could have hoped for. Another team that started well but did not go ahead was Kolkata Knight Riders (KKR).  IPL 2015 Highest wicket-taker: List of best bowlers in IPL 8

MI can continue to play their own brand of free-flowing cricket. They seemed to be playing uninhibited cricket, which reflects in the way someone like a Hardik Pandya has played throughout the season. MI have to carry that very attitude when they meet CSK in the final. Despite beating them in the Qualifier, MI would be wary of CSK’s strength in knockouts. A look at CSK and any talk of a psychological advantage to MI are brushed aside. In fact, that is the intimidating aura CSK have had over years! MI’s free-flowing and fearless brand has to come to the party. IPL 2015 Highest run-scorer: List of best batsmen in IPL 8

Having said that, the best of sides often get weighed down by the enormity of the occasion. On the big day, they can falter under pressure and do away with their own style. But, with Ricky Ponting, a multiple World Cup-winner at the helm, and players like Rohit Sharma, Kieron Pollard, Lasith Malinga, and Harbhajan Singh who have won the IPL in the past, there is enough to shield the team from nerves. IPL 2015: Schedule with venue details

The other thing they have to guard against is perhaps being too happy for being there. Sometimes, teams are buoyed by semi-final victories and are simply too overjoyed by the time the final comes around, still basking in their semi-final glory. Ponting will know how to keep his men in check and on their toes for the big game. IPL 2015: Complete Coverage 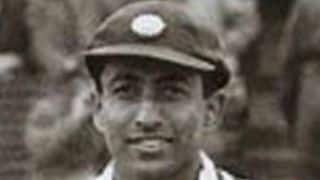