The 2012-13 Indian domestic season was inaugurated by the customary Irani Trophy. Abhishek Mukherjee looks at the findings from the match that turned out to be rather one-sided in Rest of India’s favour. 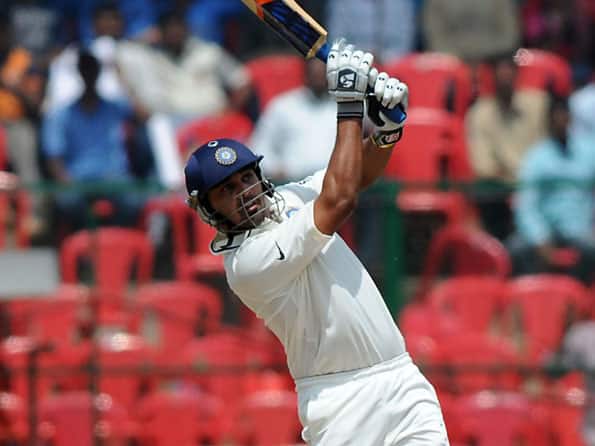 The 2012-13 Indian domestic season was inaugurated by the customary Irani Trophy. Abhishek Mukherjee looks at the findings from the match that turned out to be rather one-sided in Rest of India’s favour.

Umesh Yadav caught Madhur Khatri off Harmeet Singh at long-on to end Rajasthan’s innings, thereby sealing the Irani Trophy tie for Rest of India by an innings and 79 runs. Three run outs did not leave a lot for the bowlers to do – but Harmeet did a good job, taking four for 45 to polish off the tail.

The story was a lot different in the first innings at Bangalore, though. Rajasthan, the Ranji Champions and the underdogs going into the match, had a poor start at 46 for three. Robin Bist then took the initiative, adding 105 with Rashmi Ranjan Parida and 67 with Dishant Yagnik. Things looked okay at 218 for four. It seemed that Rajasthan might have bailed themselves out.

Enter Yadav. After an indifferent home series against New Zealand and the omission from the Twenty20 World Cup, Umesh had a somewhat innocuous first spell here as well. With Zaheer Khan out in Sri Lanka, Jaidev Unadkat and Vinay Kumar playing New Zealand A, Varun Aaron injured and Praveen Kumar mysteriously sidelined by the selectors despite being fit, it was a contest between Yadav and Ishant Sharma for the second seamer’s slot for the upcoming home season of eight Tests.

Exactly why Praveen was not selected for either T20 World Cup, the Irani Trophy or the New Zealand A series remains unexplained, but then one is used to such intriguing moves by the selection committee.

When captain Cheteshwar Pujara brought Yadav back for one final time on Day One, his figures at that point read 13-5-37-0. But the justified his captain’s faith in him by ending with figures of 20-7-55-5, taking five consecutive wickets – one bowled, one leg before, two caught behind and one caught in the slips. The inspired spell on a placid track firmly ensured that he had made it to the Test XI.

He could not dismiss centurion Bist, though. Coming in at 41 for two, Bist took control of the game in Rajasthan’s absence. The four stars of the Ranji Trophy failed him: Aakash Chopra and Ashok Menaria were unavailable, and skipper Hrishikesh Kanitkar and Vineet Saxena were both dismissed cheaply. Bist, having amassed 1,034 runs from 16 innings at 86.16 with four hundreds in Rajasthan’s triumphant Ranji expedition last season, scored an unbeaten 117 off 187 balls with 14 fours and 2 sixes. His teammates left him stranded as the last six wickets fell for 35.

Bist returned a couple of days later, assisting Kanitkar in a 95-run third-wicket partnership – Kanitkar scoring 73 and Bist 67. Bisht batted well again, and was undone by a Pragyan Ojha delivery that hit the crack and kept unusually low. The tail did not respond yet again, and Rajasthan folded for 275.

Bist, however, had definitely announced himself as a contender for the No. 6 slot in the batting line-up. With Suresh Raina in indifferent form, Rohit Sharma too inconsistent, Yuvraj Singh still not in the contention for the Test slot and Ajinkya Rahane sadly ignored (and waiting to be drafted in as an opener only), Bist should definitely be a contender in the long home season to follow.

In between the two Rajasthan innings, the big names – Rahane and Cheteshwar Pujara – scored 81 and 78 respectively. Subramaniam Badrinath, Dinesh Karthik and Wriddhiman Saha all responded with cameos, but these were all support performances to Murali Vijay’s gargantuan 266, going past Praveen Amre’s 246, scored against Bengal on the same ground 22 years back. Vijay’s 266 came off 394 balls, included 36 fours and 6 sixes, and lasted for over ten hours.

Pankaj Singh and Rituraj Singh’s absence meant that the only one of the bowling stars from the domestic season – Sumit Mathur – remained. None of the bowlers looked penetrating, and Rest of India has no problem piling up a humongous 607 for seven. Rahane was possibly the chief contender for the reserve opener’s slot, given Virender Sehwag and Gautam Gambhir’s indifferent form of late. But Vijay has probably done enough to challenge him.

Tarot: Bangladesh will pay the price for self-doubts against Pakistan