Chennai brushed past Mumbai and Delhi, but Kolkata would be a different kettle of fish. Unlike DD, KKR wouldn't exclude their trump-card Narine, who could be the key to their success. Gambhir's big match temperament gives tremendous hope. Nishad Pai Vaidya writes on how Kolkata would face against the more settled four-time finalists Chennai. Sunil Narine (left) has been Kolkata’s trump-card and would be the key to their success against Chennai, while Gautam Gambhir has been their only batsman who has shown signs of consistency © AFP

Chennai Super Kings brushed past Mumbai Indians and Delhi Daredevils, but Kolkata Knight Riders would be a different kettle of fish. Unlike Delhi, Kolkata wouldn’t exclude their trump-card Sunil Narine, who could be the key to their success. Gautam Gambhir’s big match temperament gives tremendous hope.

Nishad Pai Vaidya writes on how Kolkata would face against the more settled four-time finalists Chennai.

History beckons for the Chennai Super Kings as they gear up to play a third consecutive Indian Premier League (IPL) final. A victory would not only seal a hat-trick of triumphs, but would also cap a fairytale script – one that saw them in a precarious position, banking on other results for qualification into the play-offs. On the field of play, they will face the inspired Kolkata Knight Riders, who would do everything to stand between the home side and history.

Chennai bludgeoned Mumbai Indians and Delhi Daredevils to make their way into the final and proved that they have the “X-factor” for the big occasion. Delhi’s decision to exclude Morne Morkel was a stunner and Chennai capitalised on it big-time. However, they cannot expect similar favours from Kolkata. There is nothing in the world (barring injury) that would keep Sunil Narine out of the Kolkata side for the IPL 2012 final. Even if Kolkata have to alter their balance, they would not take the mindless gamble of omitting Narine from their line-up.

The West Indian spin magician has been Kolkata’s trump-card and would be the key to their success against Chennai in the final. In fact, history would tell us that he has troubled Chennai in the past and had earned a reputation while bowling in his very first outing against them. During the Champions League T20 (CLT20) 2011, when Trinidad and Tobago clashed with Chennai at the MA Chidambaram Stadium, Narine produced superhuman figures of 4-0-8-3. Such fantastic figures are simply unheard of in a batsman-friendly T20 format.

In their two meetings during the season, Narine bowled well and almost pulled off a Houdini act at the Eden Gardens. Chennai were cruising to victory and Narine changed the course of the game with two quick wickets in the middle. Although Chennai sealed the game when Dwayne Bravo hit a six off the final delivery of the match, Kolkata wouldn’t have found themselves in such a position without that Narine burst.

The MA Chidambaram wicket has traditionally suited spinners and a tricky customer like Narine can baffle the batsman big time. In fact, throughout this season he has troubled batsmen even on unfriendly surfaces and the quality of the pitch may not be a big factor. However, a pitch with a bit of assistance for the spinner can become his dream track and Kolkata would hope for an encore of that spell he bowled for Trinidad &Tobago.

While Narine has been their trump card, he has had support from the likes of Jacques Kallis, Shakib Al Hasan and Laxmipathy Balanji to name a few. The only problem is that Gautam Gambhir has been their only batsman who has shown signs of consistency. Brendon McCullum and Jacques Kallis have scored runs, but their strike-rates are on the lower side. Kallis’ strike-rate of 101.49 is low and he needs to score at a much faster rate in the final. Surprisingly, a batsman of McCullum’s nature has a strike-rate of only 102.12.

Gambhir is a big-game player and has the right temperament to handle pressure. There are times when he shows signs of frustration, but has generally maintained his cool. In the last five years, he has played two decisive knocks for India – one in the final of the ICC World T20 2007 and the other in the 2011 World Cup final. In IPL 2012, he has displayed a more destructive side to his batting and a tournament strike-rate of 144.47 bears testament to that fact.

Yusuf Pathan has struggled throughout the season and the performance in the first qualifier would do his confidence a world of good.

Laxmi Ratan Shukla played a crucial knock and supported Pathan brilliantly. The duo would have to perform similar roles in the final and go for the kill when they get a bat.

In case Gambhir gets out early, they may have to take on more responsibility as Kallis and McCullum aren’t in their best nick. Debabrata Das would also be a vital cog in their machinery.

If one compares the two sides, Chennai are on balance, but Kolkata’s Narine and Gambhir can turn the game in their favour.

In the last two games, Chennai have proved why they deserved all the luck in the world. Fate presented them a lifeline and they grabbed it with both hands and didn’t let go. A team that looked tentative for a major part of the IPL has suddenly regained its lost touch and blossomed into a thunderous juggernaut. The batsmen have returned to their blazing best with Murali Vijay, Dwayne Bravo and Mahendra Singh Dhoni leading from the front with destructive knocks. The bowling attack which was heavily dependent on Ben Hilfenhaus has performed as a unit in the last two games with everybody making vital contributions.

Chennai would be calm before the final considering the fact that it would be their fourth and that they are led by a man with an extremely cool head. The question is: How will Kolkata perform on the big stage? It would be the first time they would play an IPL final and that would test their team spirit more than anything else. Most of their players have been a part of big games in the past, albeit for their respective countries. Kolkata has to gel as a unit on the big day and support their biggest trump cards.

SLC set to tighten rules on players' interaction with media 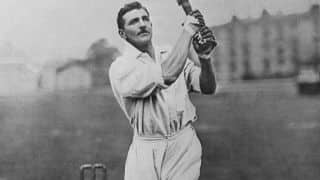