Nathan Lyon achieved this feat in his 41st Test match.

When Nathan Lyon picked his first wicket against West Indies in the second Test at Sabina Park he went past Hugh Trumble’s tally of 141 Test wickets to become the leading wicket-taker among Australian off-spinners. It was Nathan Lyon’s 41st Test. He picked up five wickets in the Test, taking his tally to 146. READ: Nathan Lyon surpasses Hugh Trumble to become Australia’s leading off-spinner

Shane Warne is Australia’s leading wicket taker in Tests with 708 wickets. Nathan Lyon, the off-spinner, is the fifth-highest wicket taker among spinners for Australia and the highest among off-spinners. READ: Nathan Lyon – From groundsman to star at Adelaide Oval

Most test wickets by spinners for Australia

The three most successful Australian spinners after Warne have all been leg-spinners — Richie Benaud, Clarrie Grimmett, and Stuart MacGill.

Most test wickets by off-spinners for Australia

Trumble took 10 fewer Tests than Lyon for his 141 wickets. He took nine five-wicket hauls; thrice did he take ten wickets in a Test. Lyon, on the other hand, has seven five-wicket hauls and a solitary ten-for.

Most successful off-spinners for each team in Tests

–          Of the top eight teams only Australia and New Zealand have their most successful off-spinner with less than 150 wickets.

–          Hugh Tayfield, Muttiah Muralitharan and Lance Gibbs are the most successful spinners for their respective countries.

–          Lyon, Sohag Gazi and Harbhajan Singh are the only active Test players.

–          Eight active spinners have taken 100 wickets, of which only four are regulars for their sides — Rangana Herath, Lyon, Shakib Al Hasan and Ravichandran Ashwin. 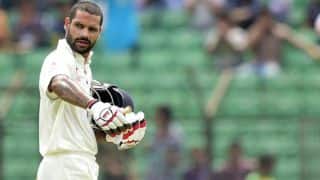