On National Sports Day, we look back at the role of television in inspiring sports beyond cricket.

India’s National Sports Day is celebrated in honour of Dhyan Chand, the legendary hockey player. On this occasion, Nishad Pai Vaidya, writes about the importance of the television for the popularity of a sport.

On a rainy day in Mumbai, this writer saw a few kids in his compound play kabaddi. Normally, the same children indulge in cricket, football or a simple game of catch. What has changed? A famous saying in Hindi goes, “Joh dikhta hai, who bikta hai!” (Meaning: What is seen, sells). With kabaddi occupying a prime spot on national television in recent times, the game has seen its popularity soar through the “Premier Leagues.” Even the Kabaddi World Cup hasn’t been covered or watched with such fervour and enthusiasm.

On the occasion of National Sports Day, which is celebrated in honour of the legendary hockey player Dhyan Chand, one may think about India’s forgotten sports. Cricket is easily the most popular sport, with the others being eclipsed by its shadow. Yes, you have millions playing other sports, but when you bring into context India’s humongous population, they are minority. Hockey, a sport that once won India eight gold medals at the Olympics, is still competing to win back its glory on many fronts. The other sports are perhaps facing bigger challenges.

But that brings us to the question: how much does television coverage (along with the added glitz) affect the popularity of the sport? In that regard, cricket did well to capitalize on the rise of satellite television in India in the 1990s, when the game reached every corner of the country.

Of course, they were bolstered by the 1983 World Cup victory, which came when television was gradually making an entry into the Indian household. Since then, the gentleman’s game has dominated screens in India, with rights going for millions. One must give The Board of Control for Cricket in India (BCCI) credit for that as they have maintained a hold. The introduction of the Indian Premier League (IPL) perhaps revolutionised sport in general.

There have been those IPL style leagues in other sports in India. Badminton had its big league last year. Hockey India also hosted one. Kabaddi has had two already at the same time and football is preparing for its gala event. Getting sport on prime-time seems to be a tried and tested formula and add a bit of glamour to that equation. But, how does one measure the popularity of sport?

The numerous European football leagues are vastly popular in the urban centres, with kids idolizing its stars. Though football is popular, one must note that it is the European brand and not the Indian ilk. Thus, to measure the growth of fan popularity based on that would be flawed. A lot would perhaps depend on the Indian Soccer League (ISL), which was launched in the presence of a host of stars in Mumbai of late. Though it may feature a few retired greats of international football, it may still generate more interest in the Indian game.

Thus, to sum up, television does make a huge difference. There is a need to create that audience with that extra bit which will attract the viewers. Cricket has done it for years. It is only in this century that the others have followed.  It is only a sign of times we live in. 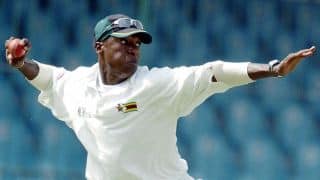 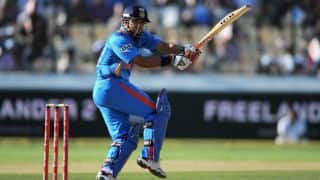