Nayan Mongia — an asset behind and in front of the stumps

Nayan Mongia — an asset behind and in front of the stumps

Nayan Mongia, born on December 19, 1969, was one of India’s finest wicket-keepers, whose career ended in a rather uncharacteristic fashion. Karthik Parimal looks back at the crests and troughs of this gloveman on his 43rd birthday. Nayan Mongia played a total of 44 Tests and 140 ODIs for India, with over 1000 runs and a hundred dismissals in both formats © Getty Images

Nayan Mongia, born on December 19, 1969, was one of India’s finest wicket-keepers, whose career ended in a rather uncharacteristic fashion. Karthik Parimal looks back at the crests and troughs of this gloveman on his 43rd birthday.

There have been quite a few players who’ve promised a lot on their arrival, grabbed every opportunity thereafter to become an asset, but remained unsuccessful in their quest to end on a high, whatever the reasons may be. India has had its fair share of such cricketers, and Nayan Mongia is certainly one among them. When he played his last Test against the Australians in the March of 2001, Mongia was still the best wicket-keeper around, and was probably next only to Syed Kirmani overall. Yet, he was handed a raw deal by the selectors and never got an opportunity to don the national colours again.

Alan Knott, who played 95 Tests for England and was considered to be one of the most spectacular keepers ever, reckoned that Mongia was a natural behind the stumps. This was way before the latter even set foot on the big stage. Under the tutelage of Kiran More, Mongia was meticulously moulded into one of India’s finest keepers. It didn’t take long for him to prove that he could be an asset with the bat as well, and his 152 against the Australians in a winning cause at the top of the order in the winter of 1996 provided ample evidence of that.

That innings saw Mongia bat at an unfamiliar position alongside an inexperienced Vikram Rathore, primarily because the team wanted to play three spinners and could not afford an extra batsman. As a reason, he was promoted to No.2 from No.7. Yet, he made it appear as though it was a task he’d been carrying with relative ease since years. That spoke volumes of his adaptability, but during the later stages of his career, such knocks were again far and few between. However, there was no denying his adeptness behind the stumps. It can safely be stated that very few wicket-keepers — prior to and post Mongia — have kept to Anil Kumble with the same nonchalance. This partnership of the duo was literally irreplaceable.

None could compete for the keeper’s slot while Mongia was at his peak and, even when his prowess was receding, he was miles ahead of the next best keeper in the country. Not many could manage to match his swift movement behind the stumps either. Even when he wasn’t delivering as a batsman, Mongia was still a huge asset to the side for his dexterity as a keeper. More often than not he fired when it mattered and not many can forget his contributions whenever he was promoted as a pinch-hitter in the One-Day International (ODI) format – his knock alongside Sachin Tendulkar’s epic ton at Sharjah in 1998-99 come readily to mind.

For someone who was not an overtly expressive — except his trademark “Aiga” whilst keeping — it came as a surprise to many when Mongia attracted quite a few controversies, both on and off the field, during his career. He was banned for an ODI for appealing overzealously on three occasions when he charged down the wicket and vented out his frustration on the ball after the umpire had turned them down. Thereafter, he mended his ways, but was soon entangled in the match-fixing saga that virtually halted his career.

He also copped heavy criticism for an irresponsible shot that led to his dismissal in the famous Chennai Test against Pakistan, during which India grabbed defeat from the jaws of victory after Tendulkar’s breathtaking century. In due course of time, he was dropped from the side despite there not being wicket-keepers capable of performing half as well as him, and he struggled to remain in favour with the selectors. Even when the side was hurting in the absence of a specialist wicket-keeper, Mongia’s name seldom cropped up during selection, despite the fact that majority of the cricket enthusiasts were puzzled at his exclusion.

“I have no idea why I am not being considered or picked. The main thing that makes me feel better is the fact that I have the support of the people. Wherever I go, people tell me that I am the best and that they miss me. Whether it is fans, some other cricketers or reporters, they know best, and they say they want to see me back,” said an emotional Mongia in 2002. Sadly, that dream remained unfulfilled. 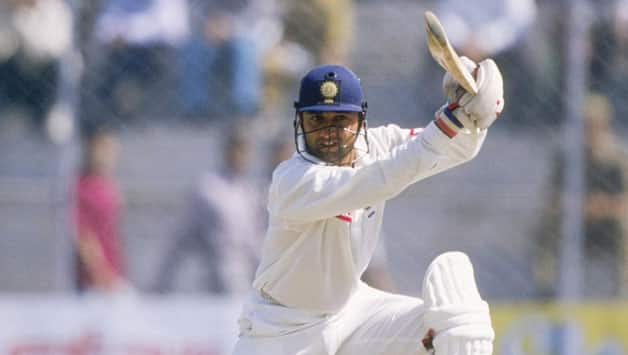 It didn’t take long for Mongia to prove that he could be an asset with the bat as well, and his 152 against the Australians in a winning cause at the top of the order in 1996 provided ample evidence © Getty Images

Mongia continued to feature in the domestic arena for Baroda until 2004, but had to make an unceremonious exit from there as well. Despite the fact that he’d informed the Baroda Cricket Association of his decision to retire from First-Class cricket towards the end of the season, he was axed midway prior to a Ranji Trophy game against Tamil Nadu. That underhand move was all Mongia needed to bid adieu to competitive cricket.

Mongia played a total of 44 Tests and 140 ODIs for India, with over 1000 runs and a hundred dismissals in both formats.